Welcome to the latest instalment in my Birth Stories feature. Today Charlie from RealGirlRamblings tells the tale of her assisted birth.

WHY DID NO ONE TELL ME THE REALITY OF AN ASSISTED BIRTH?

On our way to a baby massage class one spring morning with our napping babies snuggled in the back of the car – a friend and I got into conversation about our assisted births.

She had ended up in theatre having a forceps delivery after an epidural. At my birth there was no time for theatres or pain relief – and my son was eventually born after a failed ventouse followed by an episiotomy and forceps.

Both my friend and I suffered some sort of pelvic floor trauma. My friend ended up seeing a special physio, and I somehow escaped not having to see one – but my recovery was long, painful and incredibly emotional.

But something we both said to each other was “Why did no one tell me about this?” So here I am, telling you.

I am not writing this to scare you by the way. Especially if you’re a first time mum-to-be. I’d never want to do that. I blog to share my experiences and to be honest. I think sometimes being told the truth is truly the best way. If you know what to expect, the reality is sometimes a little easier to cope with.

If you’re still with me, pull up a chair and a cup of tea and do a few pelvic floor exercises while you’re reading this!

So …. I DID do my pelvic floor exercises. I went to weekly pregnancy yoga classes from 15 weeks pregnant up until 38 weeks and I absolutely loved them. They were calm and positive and I was able to use the breathing techniques our teacher had taught me all through my labour – even when it became traumatic.

My labour started really well. My waters broke in the middle of the night at 39 weeks and a few hours later I was in a lovely birth centre, attached to a hospital. I’d stated in my birth plan that I didn’t want drugs or interference and I wanted to birth in water, if possible.

I also wanted immediate skin to skin and breastfeeding. I wasn’t naïve though – I knew things don’t always go to plan, and in my case they didn’t!

I dilated really well and fairly quickly (for a first timer apparently) and after a while in the water I had an overwhelming urge to push. It took over my body. I thought I was ready to meet my baby. Unfortunately my midwife told me I wasn’t ready to push and to breathe out the contractions – which I did. 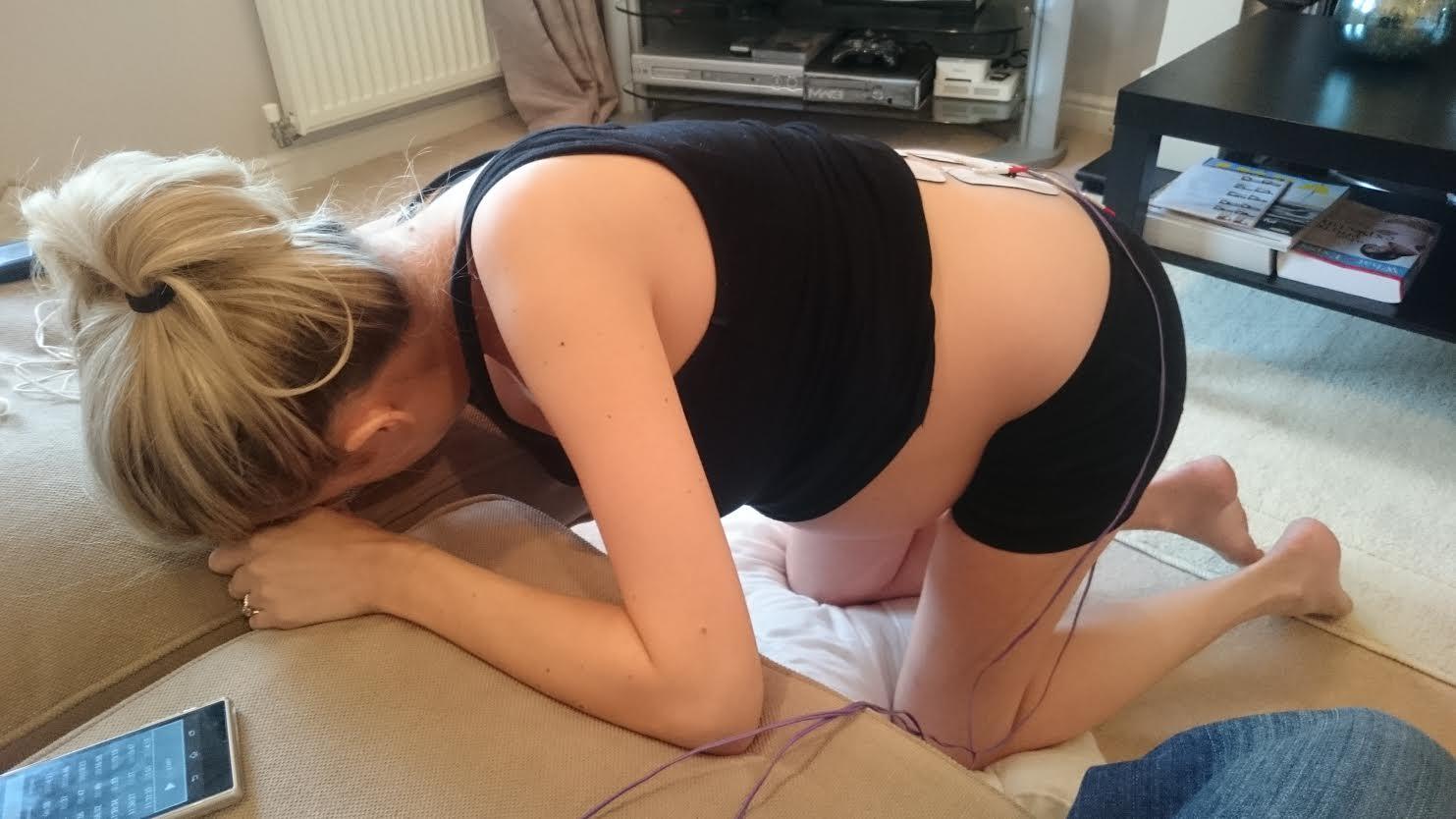 Fast-forward an hour or so later and a midwife shift change, I was 10cms dilated, ready to push but with no real urges. They had gone. Literally disappeared. My new midwife was baffled as to what had happened and moved me into all sorts of positions to try and kick start those all important contractions again.

We tried cuddling and nipple twiddling to release Oxytocin (we being my partner and me, not me and the midwife!) I was in and out of the water – but nothing worked. I was exhausted.

As I writhed about the bed in a cloud of pain but with no proper contractions to help push my baby out, I heard my midwife call over to the Labour Ward, and my dream of a calm water birth evaporated along with my contractions. I was devastated.

The rest of it was pretty much a blur.

I was sat on a bed and strapped up to two monitors. I was then given some sort of drugs to bring back my contractions and warned that I would be in A LOT of pain. It was strongly recommended that I had a epidural –which I refused.

I was also given an ‘in out’ catheter because I’d been unable to wee for hours and they thought the pressure of my bladder may be stopping my baby from making his exit.

Fairly rapidly the mood in the room went from lighthearted (not me, I was anything but lighthearted!) to serious and rushed. In my haze of pain and exhaustion I could hear talk of my baby’s heart rate slowing down. I could see from my partner’s expression that something wasn’t right.

I was quickly moved into another room and the emergency red button pressed. The room then filled with what seemed like 100 people in green and blue hospital clothes.

Gone was the gentle lighting and the encouraging whispers from a solitary midwife in a warm birth pool– I now found myself flat on my back, with bright lights shining in my eyes and the millions of people urging me to get my baby out and NOW.

I have never been so terrified in my life. Before I knew it a doctor was trying to attach a ventouse to my baby’s head. All I could think about was my mum telling me a ventouse delivery with her third child, my brother, was the worst experience of her life. As the doctor pulled and pulled I felt like my insides were being pulled out. For the first time since my waters broke, I screamed. And screamed.

It soon became apparent that my stubborn child was not budging with a ventouse. I was then given an injection to numb me before being given an episiotomy. I had no choice in this decision process, was given no information – it was just happening to me.

Two pulls on the forceps and my son slid into the world and the sense of the relief was overwhelming. Essentially he was fine. I lost a fair bit of blood but luckily not enough to require an infusion.

But I was so poorly and my recovery was very slow and painful. A far cry from friends I’d seen up and about days after giving birth – I was a wreck.

My stitches were agony and against the advice of my midwife I looked in a mirror at the scene of the crime and was horrified by how black and swollen it was. I couldn’t sit down properly for a good three weeks, which made establishing breastfeeding pretty tricky.

But the worst point for me was a quick trip to Tesco about 10 days after giving birth. I’d only been walking around for about five minutes when I felt like my pelvic floor was literally falling out of me. I burst into tears in the frozen veg aisle and had to hobble back to the car with everyone looking at me.

I googled like mad and found some pretty horrifying images and stories, but also some more reassuring ones that made me realise this was pretty standard after an assisted delivery – especially a double one like mine. I started doing as many pelvic floor exercises as I could in a day and gradually felt an improvement.

By the time my son reached six months things were much improved but I still suffered (and still do) with painful piles which I’m sure were a direct result of the force of the ventouse and forceps.

I just wish I’d known what could be in store for me. Being a healthy active person I naively assumed that my body and life would go back to normal fairly quickly. No book, or person ever mentioned what can happen after an assisted birth. So that is why I am putting myself out there and being so honest.

I am pleased to say that 20 months on, things down there are pretty much OK. I’m not sure they’re ever the same after any pregnancy or delivery but things DO get better. If they don’t for you – go and see your GP and insist on a referral.

I still haven’t plucked up the courage to try for baby number 2 yet though …. maybe one day! 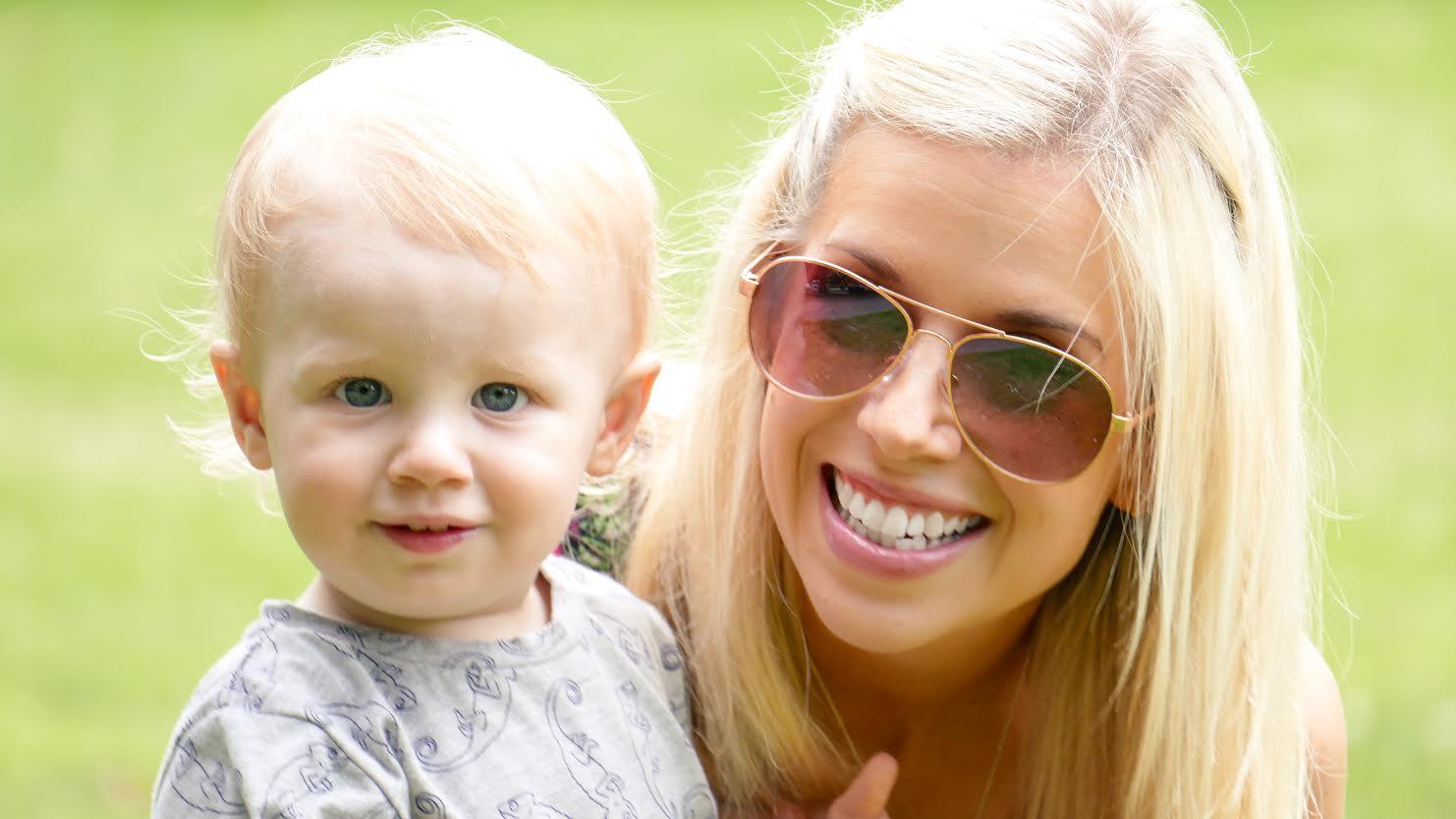 A huge thank you to Charlie for sharing her experience. If you have been featured on Birth Stories and would like to display my badge in your sidebar, then please grab the code below