Today we have a guest post from the lovely Jo over at My monkeys don’t sit still. As a mum of 2 cheeky little monkeys, she discusses rivalry and competitiveness – and that’s not just between the children…

Call me slow, as my eldest is 5yrs old now, but it suddenly occurred to me the other day how much
rivalry there is amongst parents and amongst children. Competitiveness seems to be quite prevalent
too!
I suppose, thinking about it, it starts even when you are carrying your unborn child. I’m not too sure
I remember to be honest but most certainly once they are born, when you’re sat at baby clinic
discussing with other mums whose baby sleeps through the night and whose weighs more than the
other! It just continues and spreads amongst the children. Don’t get me wrong, I think a bit of
rivalry and competitiveness is good but really, does there need to be so much of it?
I have boys and I think sometimes the male species can be worse. The dads on the sports ﬁeld egg
on their sons and their sons compete with one another. This was even the case in my eldest son’s
Foundation Stage Sports Day! Maybe women are just as bad? The mums at toddler groups and the
school gates can be I assume. I try not to get involved, if I’m honest. I do think though, that
sometimes as parents, we don’t even realise we are doing it.
Material things like toys and clothes seem to be the subject of competitiveness amongst parents.
Where they have been purchased, how much was spent on them and even how little was spent! I’m
not looking forward to the day our sons start to come home and ask for this and that, as Jonny has it
too!
The eldest has already been heard having a discussion with one of his friends about who can do
something better than the other. I wonder if they compete in the classroom?
I suppose the point of this post is to discuss whether you as readers think rivalry and
competitiveness is healthy, ruining our children or only natural? Let me know what you think? 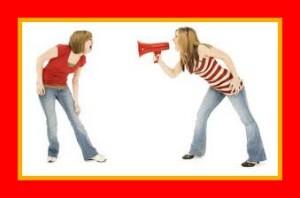 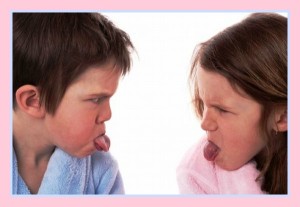 Thanks so much to Jo for talking about this topic with us – it’s an interesting one alright, and we would love to know what you think!