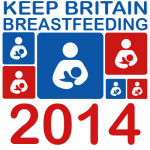 With my eldest, I expressed occasionally – more for flexibility than anything. It meant that Kevin could give her the odd bottle so I could get a full nights sleep or go out for the evening. I tended to use a simple, manual pump and that was that.

Things were different when Jacob was born too early. He couldn’t suck, he couldn’t latch, yet I knew I still wanted to breastfeed him. The hospital showed me how to use the electric pumps in the special care unit, and every day I pumped as much as I could. I would then make my way down to see Jacob with my precious little syringe of breast milk, and dutifully pop it down his feeding tube. As he grew, I pumped more and more until eventually he could latch, and we were away. I had SO much milk – I do wonder if that was due to the early pumping – that I continued to pump alongside feeding him. Some of this milk I froze and used for the odd bottle feed, but most of it was collected and taken to the special care unit for those mums who were unable to breastfeed or pump for their tiny and sick babies.

Max also came too early, and again I pumped for him until he could suck. I continued to use a breast pump at home too, this time using an electric version. I certainly didn’t pump every day, but when I felt full or when I wanted a night out, I would pump enough for a couple of bottles.

So breastfeeding isn’t always the thing you imagine it to be. Sometimes a baby is too small or too sick to suck from anything, and at these times, pumping is a lifeline. You CAN still feed your baby breastmilk, even if they are a long way from learning to latch. Pumping, like breastfeeding, just takes a bit of practice. I felt SO proud that I could syringe tubes of breastmilk into my premature babies rather than formula. It was something I could do to help them, it was something I could provide to make them stronger. And I am proud of that.