This week has seen a HUGE milestone in the world of toddler-dom. Max learnt to walk!

It’s been on the cards for a while – he has been standing unsupported for a couple of weeks now, but has always resorted to crawling when he wants to get somewhere. One day last week, he obviously decided it was about time he tried out those feet – and went for it. He did so well, and I was lucky enough to catch those very first steps on camera!

Since then, he has walked more and more and has got faster each day. He now happily toddles around the house and garden and he looks so proud of himself. It must be such a lovely feeling to gain that little bit of independence and be able to do what he sees his brother and sister doing all the time.

My boy is growing up. 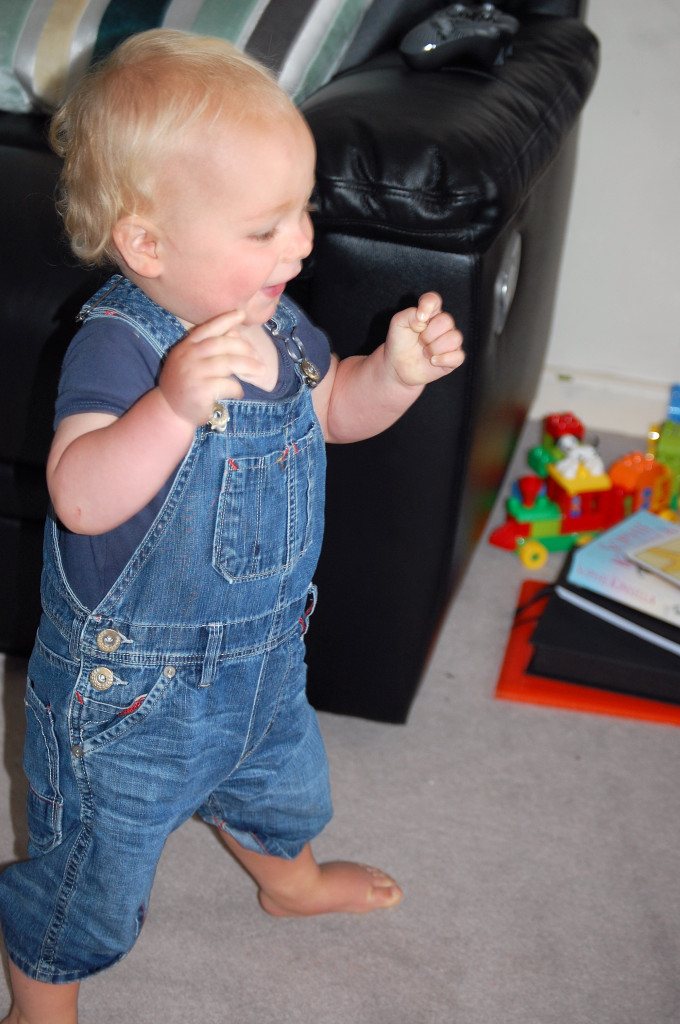