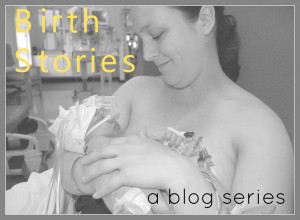 Welcome to the latest installment in my new blog series: Birth Stories. I know how much people love to share their birth stories, and how much others enjoy reading them, so popping them all together in one place seemed to make sense! Today we have a the lovely Beth from Twinderelmo who shares the stories of 3 children born over 2 pregnancies.
I’ve never really written about my birth stories before. I have told many many people all about them (that’s what we like to do isn’t it!) but after the lovely Kate at Family Fever asked people for their stories I thought it might be good to share my experiences about an emergency Caesarean and an elective Caesarian with twins.
I’m going to start the post by saying that both times having a section was nothing but a positive experience for me. It dismays me when I read how afraid and against people are about Caesareans but in reality having an emergency section with Charlie saved his life. It can be a daunting thought that you’re going to have major abdominal surgery however I was very lucky that both times I healed well and was open about the next day I also had no lasting effects on in my Caesareans and just have a small scar. You’re told you’re not going to be able to do anything for 6 weeks but listen to your body. I found lying around made me worse so know your limits but it’s not a bedridden sentence as many would have you believe!
So onto  my first experience of labour and birth and ultimately, Caesarean sections.
First Birth 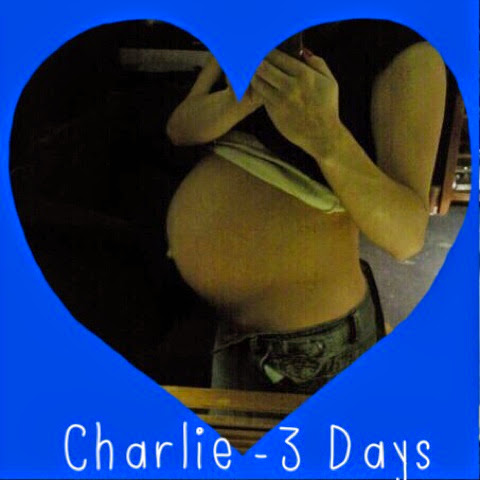 I had the absolute perfect pregnancy with Charlie (grumble grumble sorry all!). I had about two weeks of sickness and that was it the textbook pregnancy. My due date was 1 December however he made wait until the 10th until he was actually born. I have a sweep at midday on Monday, 8 December I was told that it had been successful and hopefully I should go into labour within 48 hours. Those couple of days seem to last forever however on the ninth at 10:45 PM after being up since 6 o’clock by contractions started. As ridiculous as it sounds I refused to believe that I was actually in labour, despite not being out sit still for more than a few seconds at a time. At about 3 o’clock in the morning my Mom made ring the maternity unit who actually asked me if I could wait because I just had another delivery. Now I know I had another baby before but surely labour doesn’t work like that – what was I supposed to do cross my legs?!?I went down to the unit to be checked over and to my ultimate and complete surprise I was told I was 6 cm dilated and, yes, I was well and truly in labour!!

About 6 o’clock the morning I then started pushing however it was during this examination that they told me that the baby was actually back to back which may make  my labour bit more long and painful. I was pushing for over an hour despite being fully dilated the baby just wasn’t coming. As I was in the labouring in our local  midwife led unit I had to be transferred via emergency ambulance to the larger unit which is 20 miles away.

I arrived there around 7:30 in the morning despite being told again about 10:30 and the baby should be here within the next half an hour he still hadn’t come. I have to admit that I’ve had so much gas and air I was totally oblivious what to do as well as to what was going on around me. The decision was made about midday and that we would be having to go to theatre to see if they could use ventouse to get baby out as he was stuck!

Once I was taken up to the theatre they attempted twice to use ventouse however both failed therefore the only option with baby’s heartbeat  dipping and really was not coming I was to go for an emergency C section. By this point I was so tired so exhausted and so off my face on gas and air now that I didn’t take in the enormity of what was about to happen. After a bit of tugging which I couldn’t even feel, here he was! All 7 pounds 4 ounces. I was so tired though that again, there was no ‘magical’ experience. But he was here – safe and well and that to me the most important part.

Baby was put in his little fishtank cot next to me and wheeled round to recovery and within an hour I was on the ward – tired, shattered but thrilled that he was here. 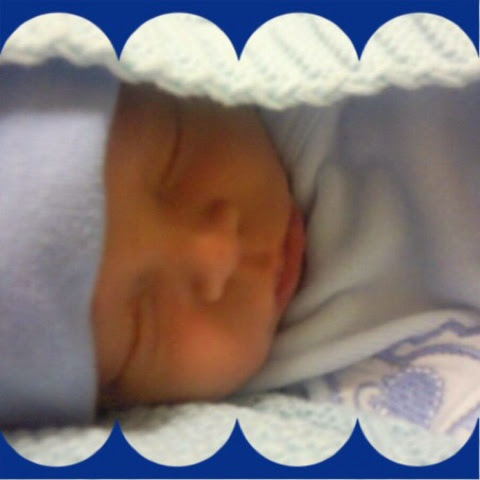 At my booking in appointment 8 days before my first scan, I asked my midwife if I would be able to have a VBAC. Not because I was against the idea of section but because I wasn’t sure if I would be able to. My aunty (years ago) had been told as she had had a C-section that all her others would have to be done this way and she could have no more than 3. That was the only person who I known who had have a caesarean so I wanted to ask the question. The midwife looked through the notes and said she could see no reason why I wouldn’t be able to. I would be classed at high risk having had a previous C-section and would have to deliver at the larger consultant led unit but I was fine with that.

Then at our first scan – we heard the immortal line – ‘there’s baby’s heartbeat. And there’s the other’ TWINS! And I don’t know but from that moment on my birth was going to be a C-section. Don’t ask me why but I just felt it in my gut.

As it turned out, P1 was head down from about 28 weeks so had I wanted to have a natural birth I would have been able to try but for me – the risks of natural birth felt too high. 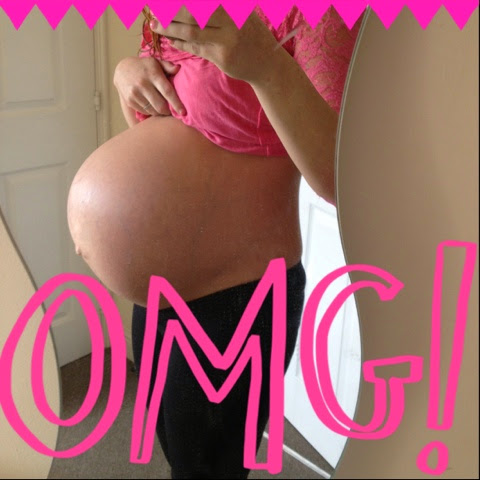 2)  A lady at Charlie’s school had had one twin naturally then ended up being rushed to theatre to have the second by section and if I’m honest – this scared me. I already had a 4 and a half year old that was at nursery, not to mention that I would have two brand spanking new little ones – I felt that if I had aches, pains and stitches at both sites then I would be bedridden. I’m sure this probably isn’t the case but having recovered from a section, the thought of having extra soreness on top of this didn’t sit well with me.

So at 37 weeks exactly – I was due to deliver. And I have to say it is the most surreal experience ever; waking up and driving to the hospital knowing today they will be here. As we were a twin pregnancy we were given the first time slot of 9am (providing there was no emergencies) so we were ready and at 9am on the dot we were collected and taken to theatre and at 9.27am and 9.28am it was all over. Two little ladies here safe and sound – P1 6ln and P2 a whopping 7lb1 (Charlie was 7lb 4 and cooked for a whole 4 weeks and 2 days longer on his tod!!!) 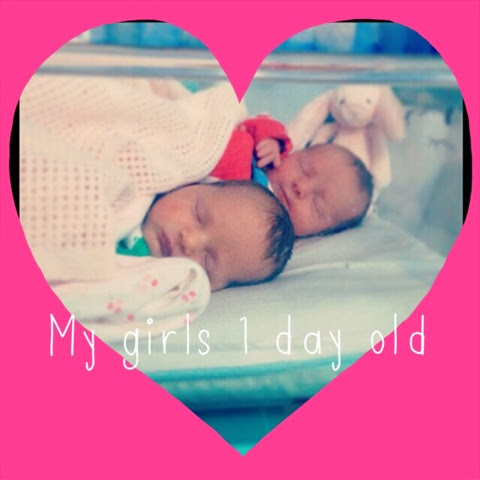 Overall, I am quite lucky. I don’t feel any guilt that I had all three of my children via C-sections. There are many women who beat themselves terribly up about it and it really affects them. I can see why – we as women are made to feel that we should have this perfect drug free labour then lift the baby onto the breast and it latches straight away. So you float out of the hospital surrounded by unicorns and fairies off to the path of parenthood. Reality – it doesn’t always work like that. I refuse to be made to feel selfish because I chose to my twins to be born this way. It has had no lasting effect on them and when they all line up on the playground – they aren’t going to be social outcasts as they were born in an operating theatre. There is too much competition and pressure on us to have had the perfect birth. Then the perfect breastfeeding experience. Then feeding them on organic super foods. I don’t want to be drawn into all that. I want my children to be happy and healthy – that’s paramount to any silly Mothering competition rivalries!

I’m sure there will be people reading this thinking I’m crazy but by births were both really positive. Recovery is supposed to be slower after a section but I was up and about the day after and even managed to walk 2 miles 10 days after having Charlie so it can be done. There’s too much negativity surrounding caesareans, which has not been helped with the “too posh to push” catchphrase.

If ever we went for baby number 4 – I’d have an open mind to VBAC but I wouldn’t be distraught if I ended up with c-section.
I would like to think that anyone reading this may appreciate a positive surgical birth story. There’s not many about as it’s drummed into everyone that child birth is the most natural thing in the world; but we are lucky that we live in a society where if you can’t deliver vaginally then you have the option. I have three healthy children and a 2 inch scar and am grateful for my surgeons for helping my babies into the world safe and sound.
If you have been featured on Birth Stories and would like to display my badge in your sidebar, then please grab the code below: