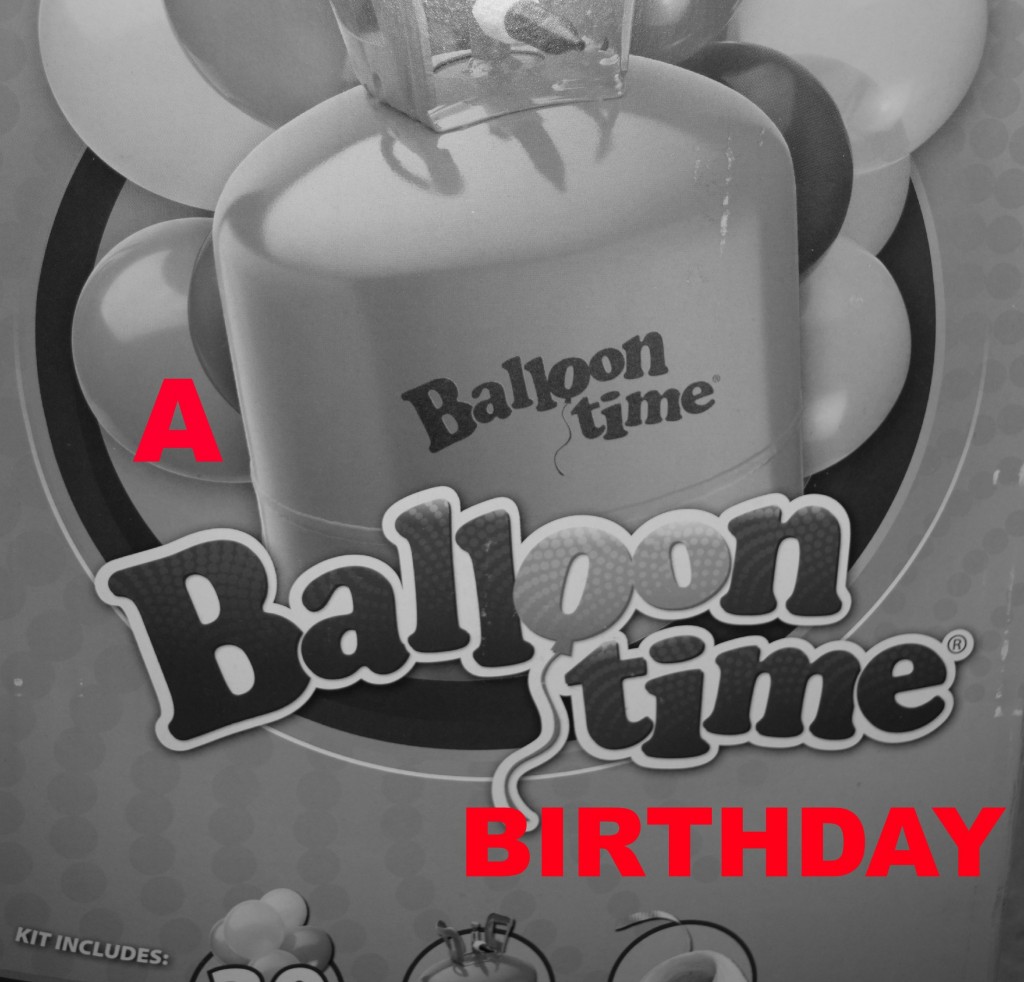 On Saturday my eldest boy turned 7.

We wanted to make sure he had a special day, as last year was an awful, awful time involving a car accident and a hospital stay. So this year we got a big chocolatey cake, some fantastic presents and spent a lovely family day together. We were given a Balloon Time kit to help make his birthday go with a bang (although not literally 😉 ) 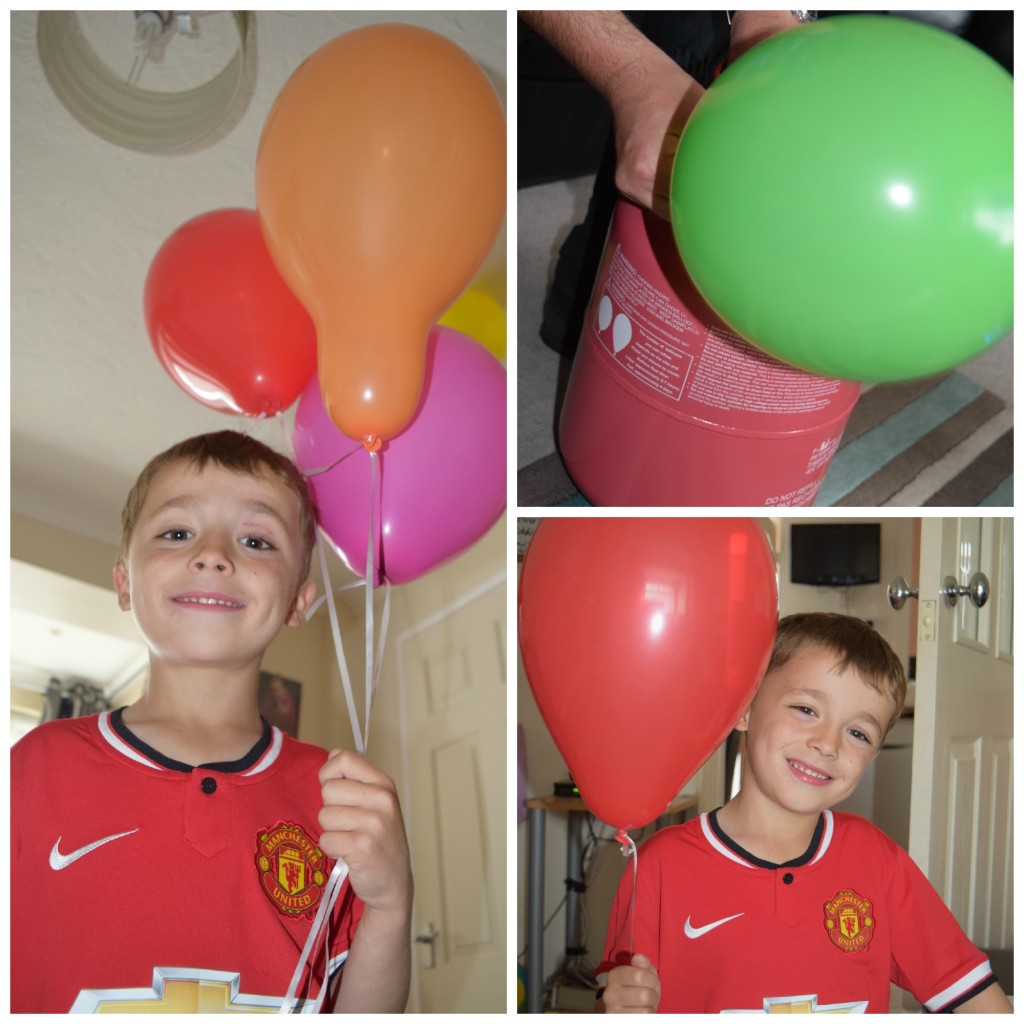 The Balloon Time tank contains helium, and the instructions are pretty clear. It states that the latex balloons included with the kit should last for 1-2 hours once filled, and so we waited until the morning of Jacob’s birthday before filling them. You simply slot the balloon over the end of the tap, turn it on and push down to fill the balloons. You can also buy foil balloons which last for a few days – it would be nice to have the option to choose which kit to buy.

The children loved having helium balloons instead of the standard birthday balloons, mainly because they floated! The kit includes ribbon, so you can easily hold and catch the balloons. From a parents point of view, we loved that they floated too – it stops them from getting under your feet when you are trying to clear up wrapping paper or cut birthday cake! 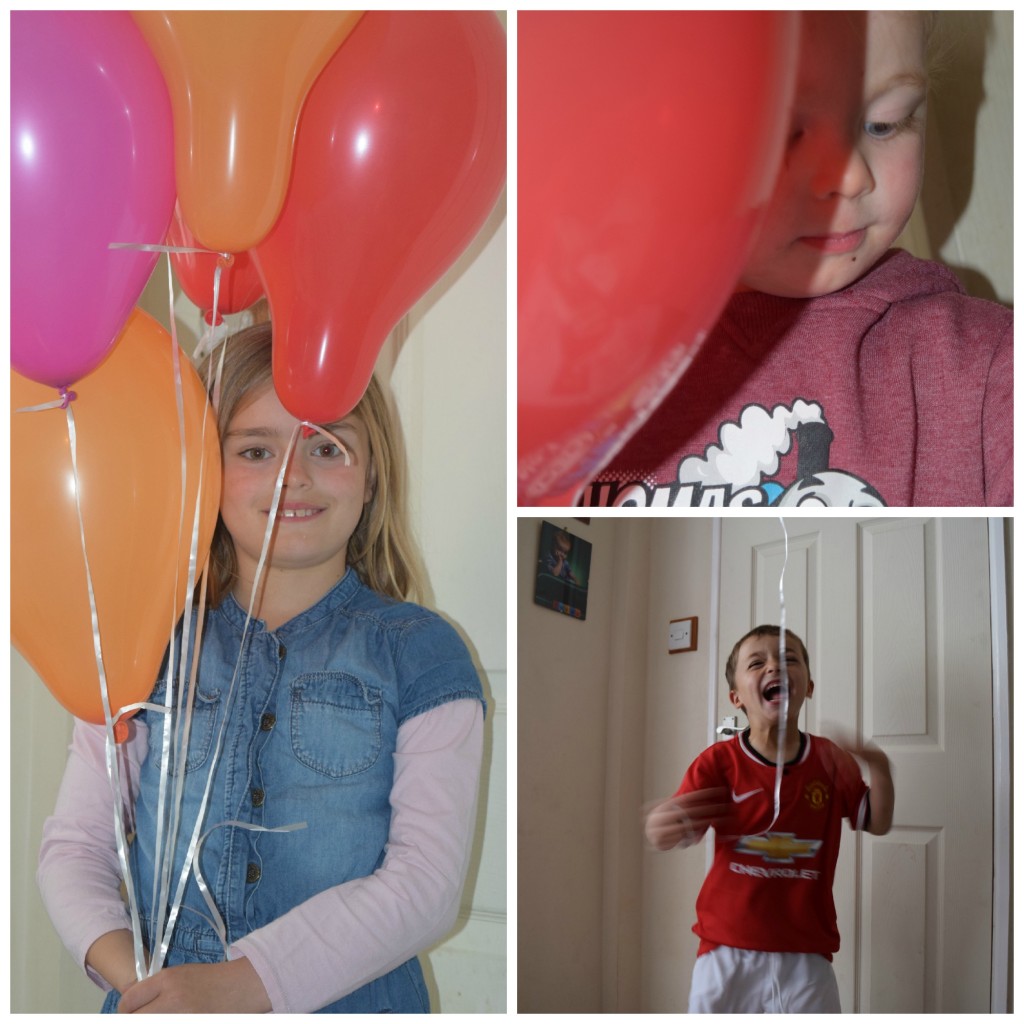 All 3 children spent ages letting the balloons go and then jumping up to reach them again. We cut some of the strings longer than others so that Max could reach them too. 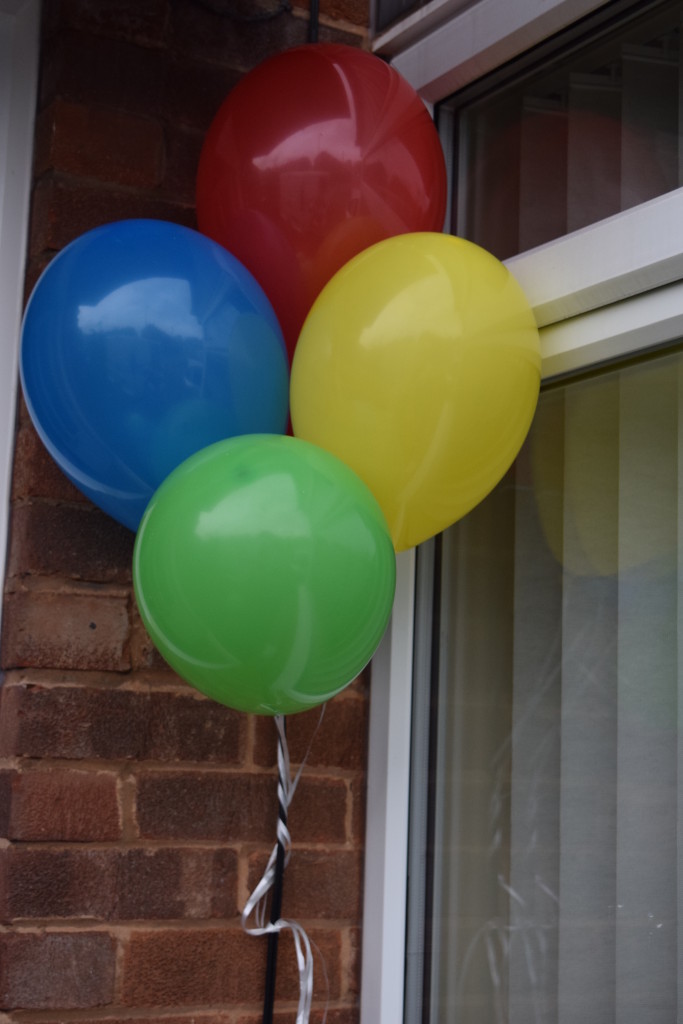 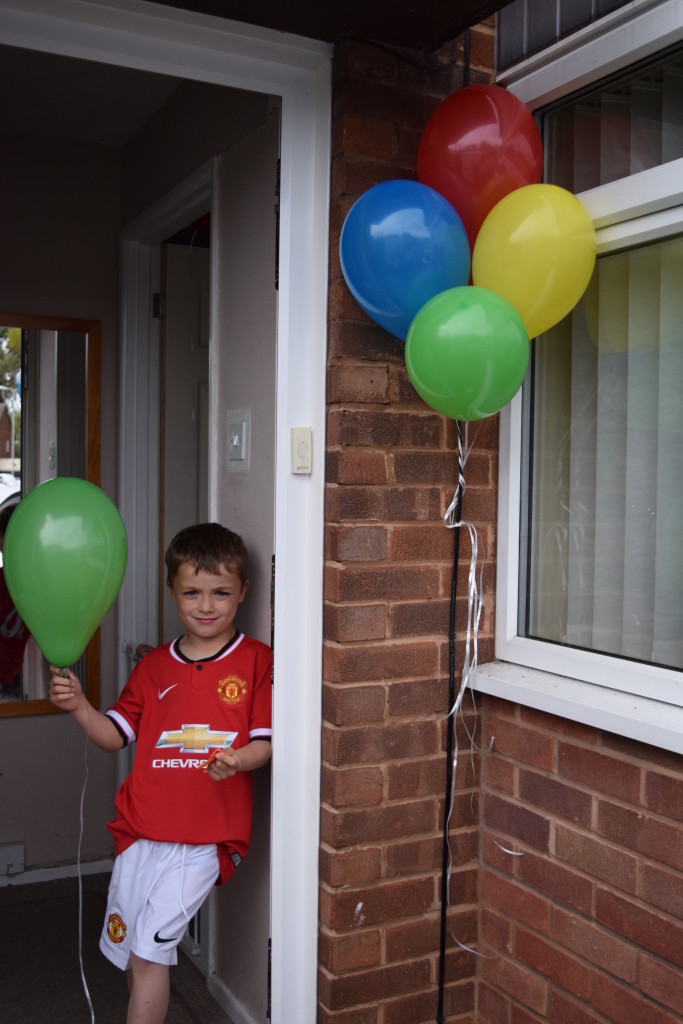 Once the initial early morning present opening had happened, and Jacob had thoroughly tried out his new Man Utd kit, Lego Technic set and Skylanders, we bunched up a few of the balloons to tie by the front door, so people knew where the birthday was happening! This was really simple to do with the strong ribbon included, and I was pleased that none of the balloons burst when against the brick wall of the house. Interestingly, we did lose a few balloons inside, which popped when they touched the ceiling. I am not sure if this was due to the fact the ceiling is slightly rough, or whether we over filled them. 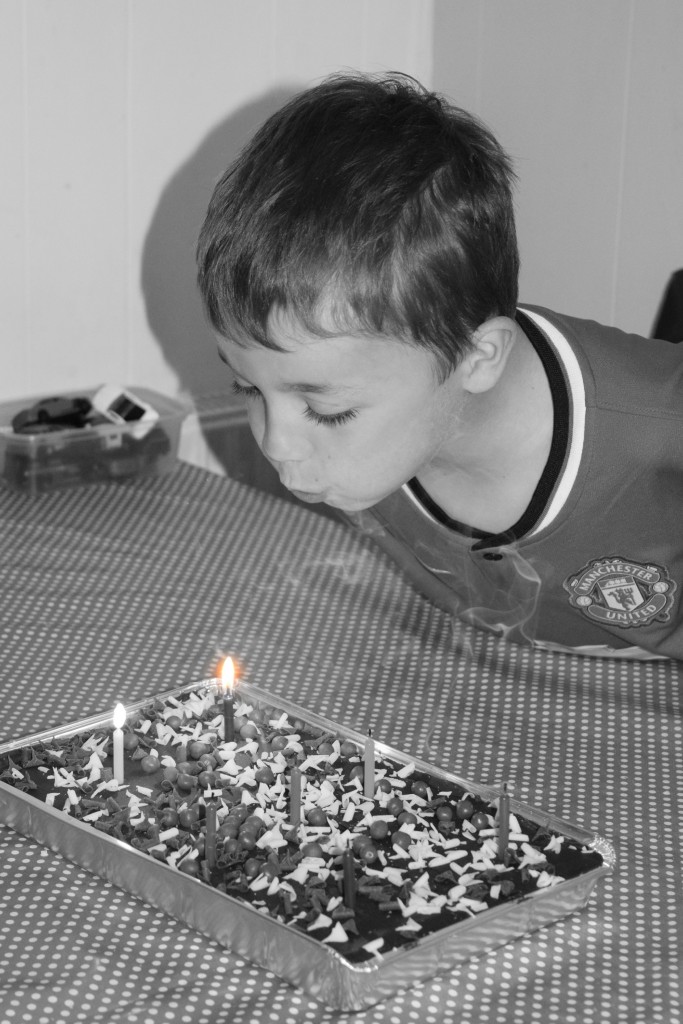 The day ended with some rather delicious cake, several rounds of blowing out the candles, and a very happy birthday boy. I definitely think Balloon Time helped to make the occasion. The kit we used cost £24.99 from Tesco, which I think is good value for this sort of kit. Bear in mind that the helium tank will need to be disposed of correctly – ours is awaiting the next tip run. As for the balloons themselves, despite only advertising 1- 2 hours of float time we actually found they were still good the following day.

Would we buy a Balloon Time kit again? I think it would depend on the occasion. With 3 (soon to be 4) children it would be quite expensive to buy a kit for each of their birthdays, but they would be ideal for a family celebration such as Christmas or welcoming a new baby to the family!

* I’m working with BritMums and Balloon Time as part of the “Celebration Club”, highlighting inventive and fun ways of using balloons. I was provided with a Balloon Time helium kit and have been compensated for my time. All editorial and opinions are my own. Visit www.balloontime.com for more information and party inspiration. *