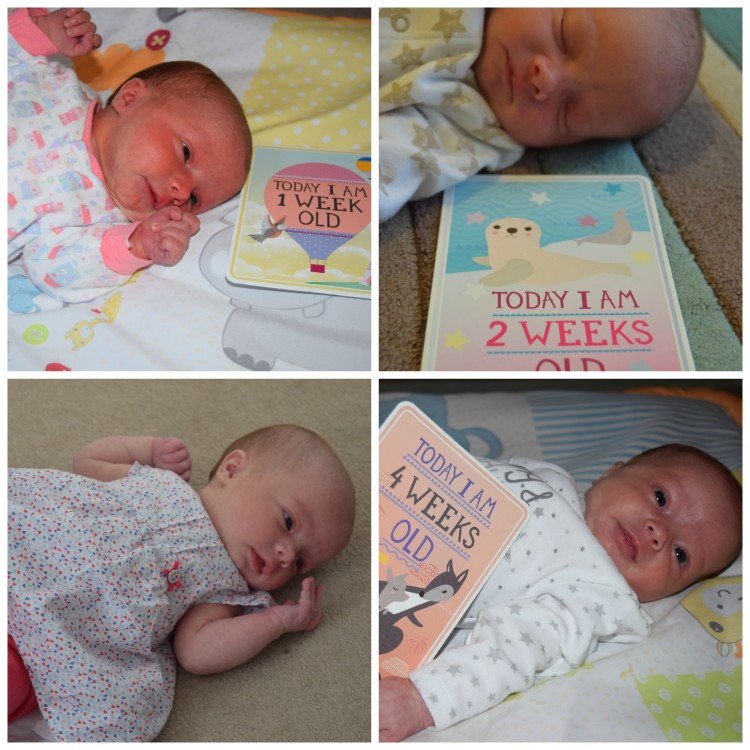 The last 4 weeks have flown by, and already our newborn is changing.

Weight: Eliza was born at 6lbs 6oz, but lost quite a bit of weight after her birth due to jaundice and problems with her blood sugars – all fairly typical of a preemie. At day 7 she was down to 5lbs 8ozs which was an 11% loss, so she was closely monitored and we were discharged from midwife care on day 14 when she was back up to 6lbs 7ozs. She was last weighed at 3 weeks old when she was 7lbs. Still dinky – but getting there. She is due to be weighed again on Thursday – place your bets now!

Feeding: Feeding is going well. The first few days were hard, I’m not going to lie. We had to ensure she fed very regularly to keep her blood sugar levels up, and it was hard work for both of us until she learned to latch efficiently. I was lucky to have some fantastic midwives and maternity support workers on hand to help. Now we are home, she seems to have settled into a routine of feeding ever 3-4 hours, although she often feeds more frequently in the evenings.

Sleep: Sleep? With a newborn? Ha! In all honestly, she isn’t doing too badly at night time. She will stick to the same sort of feeding intervals as during the day, often having her last feed around 10-11pm, waking anywhere between 1-3am for a top up, and then starting the day around 6-7am. It’s not too bad at all, and I can’t complain, but the broken nights really do take their toll! I am looking forward to the day when I get a good solid 6 hours, but for now I am treasuring the quiet night feeds, where it is just Eliza and I in the dark.

Likes and dislikes: It’s a bit early to really comment on likes and dislikes, but there are some things I can mention. She loves her vibrating bouncy chair which will often settle her if she is fractious. Her favourite place to be is on someones chest, held against their shoulder. Considering she spent almost the first 3 days of her life in hospital with me like this, having skin to skin, it’s hardly surprising, and I am relishing the newborn cuddles while I can, before she starts wanting to explore the world. She likes the feel of a soft owl blanket that Gemma and Jacob chose for her when she was born. She doesn’t like loud noises such as slamming doors, although she seems to take no notice of 3 exuberant children playing near her – she must have got use to that when she was inside me!

Firsts: There are a lot of firsts in the early days – first bath, first night at home, first trip out in the pram. We have had all of those, and an early first too – at 4 weeks we have had a first smile! 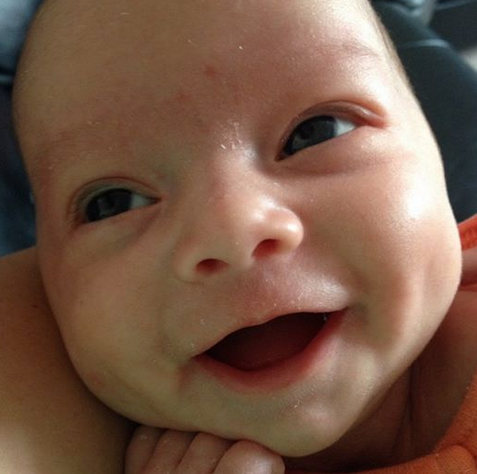 I can’t honestly believe we are coming up to the end of her 4th week with us, and how quickly she is changing and growing. She is much more alert than she was a couple of weeks ago and loves watching everyone moving around. I don’t think it will be long before she is starting to notice the toys on her playmat and discovering her hands. 4 weeks sounds like no time at all, and she is still brand new, yet she has changed and grown already. It doesn’t seem like 5 minutes ago we were welcoming her into the world. 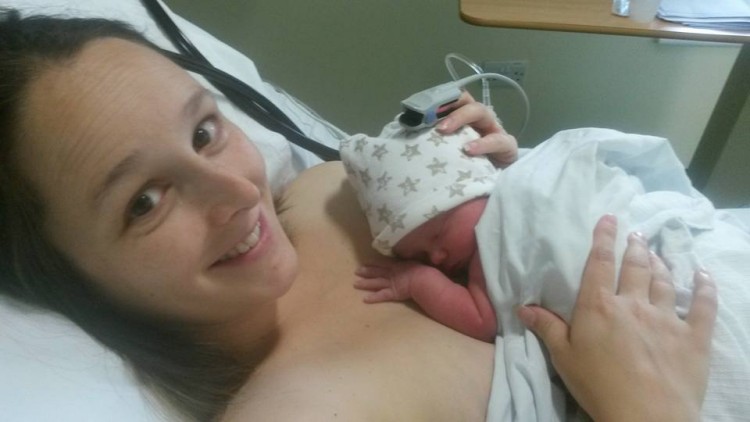 I wonder how much she will have changed by 8 weeks? Keep your eyes peeled for the next update.