Welcome to the latest instalment in my Birth Stories feature. Today Donna from What the Redhead Said is sharing her tale of two home births. I am so excited to share this post – my first home birth story! 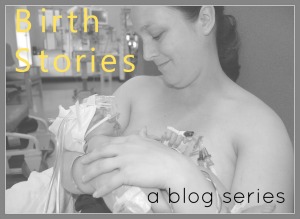 Looking back at when I was pregnant for the first time, with our beautiful LP, it feels as though I were a different person. I was so young, naive in some ways and incredibly stubborn. Someone once called me tenacious and said it was like being a dog with a bone. Yep, that was me alright.
You see, I didn’t have much experience of birth at all. I was the first of my friends to have a baby. I had younger siblings though and the birth stories from all three were pretty horrific and not something I tried to dwell on. So when friends told us about their home birth experience I decided there and then that was what I was going to do when I had a baby in the future.
So when I found out I was pregnant I planned a home birth. I didn’t think or the alternatives and instead through myself into buying a birth pool, plastic sheeting for the floor and a cheap duvet and pillows to make everything a bit comfier.
The gas and air was delivered at 37 weeks and by 40 weeks I was desperate to meet my baby, bouncing on my birth ball all day, eating curry and walking up and down the stairs. I went to bed in the early evening when I was two days overdue and had a nap, waking to faint but regular pains in my stomach. I didn’t think anything of it and instead decided on a take away for dinner – pizza – before waiting for Hubby to get home from work for an evening of X-Factor.
By the time Hubby got home I was sure that the baby was coming although the contractions were still every twenty minutes so we relaxed as best we could, ate our pizza and watched X-Factor. It got to 11pm and Hubby went to bed, I tried to sleep but couldn’t get comfortable so instead I bounced on my birth ball watching a box set of The OC. I rang my on call midwife and she told me to take some paracetamol and to ring back when it got unbearable.
Just after taking the paracetamol I was sick – what a waste of pain relief and pizza! I decided then that I’d just get on with it and so sat on my birth ball, watched TV and the hours went by in a blur. At 4am I felt like I couldn’t go on much longer and so I rang the midwife who came round – but got lost on the way – arriving at 4:30am. I was examined and she found that I was 8cm dilated already, so told Hubby to start sorting out the birth pool.
I stayed on my birth ball for the next couple of hours and used a Tens machine to help with the pain although I don’t think it really masked the pain, just took my mind off it. At about 6:30am I got in the pool and it felt so nice! I couldn’t use the Tens machine in the pool so moved over to gas and air. The water was such a lovely relief and the time in the pool went so fast.
I started pushing at about 7:30am but nothing seemed to be happening. I could feel the baby moving down and although we changed positions and things she just didn’t seem to want to come out. By 8:30am the midwives were concerned by her heart rate and so got me out of the pool to deliver the baby.
I ended up being on my back and not in the best of positions but being told I might need an episiotomy or transferring to hospital as well as changing position really did the trick and within a couple of pushes LP was born. I remember her being this funny shade of purple but crying almost instantly. She was covered in vernix and had bright ginger hair. She was beautiful – and so, so tiny! 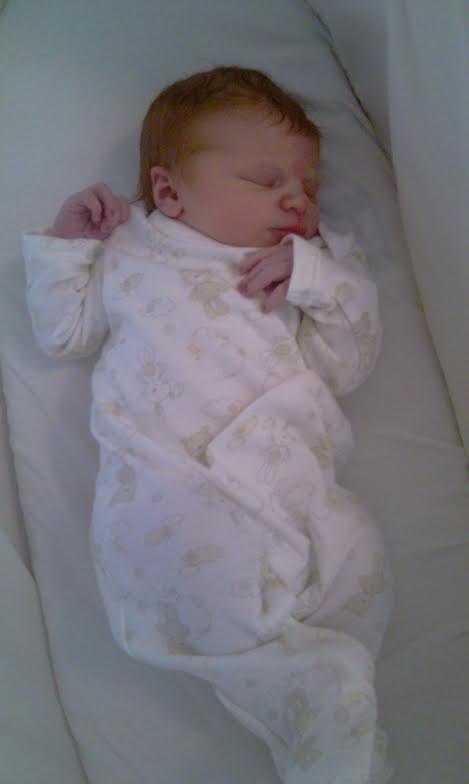 Within an hour we were left by ourselves, at home, with our new baby. Hubby was clearing away the pool, I had a shower and LP was laying in her moses basket. The most amazing thing to happen to Hubby and I. That day we became parents. We had a daughter.
Twenty one months later I was heavily pregnant again although I wasn’t due for another 16 days – Little Man had other ideas! Again, I had my sights fixed on a home birth and woke up at about 8am with those familiar pains in my stomach. LP was laying on one side of me, Hubby on the other and I just lay and focused on the pains for a while. They were definitely regular, every ten minutes.
The day before I’d been really sick and had been in and out of the toilet all day, unable to keep anything down. The only thing I’d had was a vanilla milkshake when Hubby got in from work at 11pm and I felt thoroughly exhausted.
I told Hubby I thought labour was starting and he was really calm and collected. I, on the other hand, was a bit of a mess. You see, Hubby’s parents were in America on holiday and were due back in a couple of days, they were our childcare for LP whilst labour happened. I was also worried that as LP had been 6lb 4oz at 40+3 that Little Man would be too small 16 days early. That first hour of labour was a worrying one.
I rang our midwife and she came over straight away – along with the supervisor of midwives and a trainee one too. We set up the birth pool and I bounced on my ball whilst LP watched Animal Planet on the TV. The midwives all had cups of tea and were chatting and I was very much in the zone.
By this point it was midday and I wasn’t worried anymore, I was only focused on the baby. Hubby took care of LP, sorting her lunch and putting her up for her nap soon afterwards.  The whole labour this time was so, so quick compared to with LP and the few hours went by in a blur. I remember the relaxed and social atmosphere, the curtains closed and the sun trying to shine through. It was so different to a labour overnight.
I got in the birth pool just after LP went for her nap and started using gas and air. I started pushing at about 2:45pm and when LP woke up shortly after one of the midwives went to get her for us. Within three pushes Little Man was born into the water with LP watching from the sofa, her sleeping bag still on and her hair a mess. 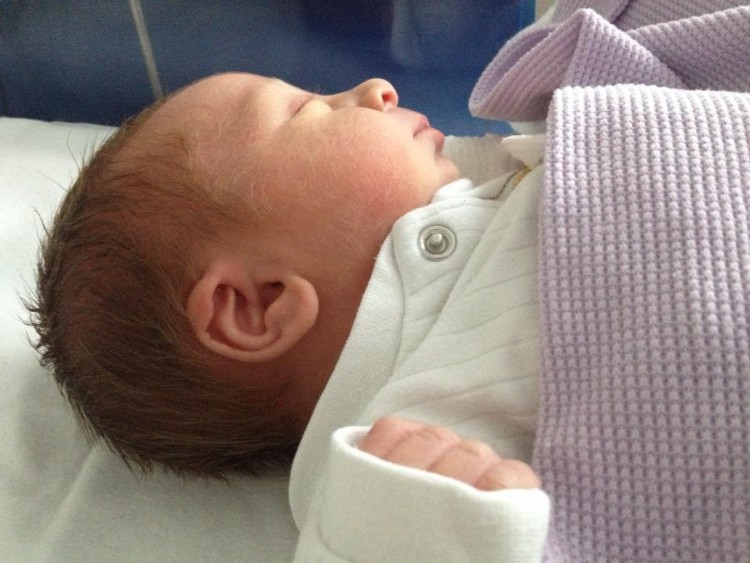 From the minute he was on my chest the midwives knew something wasn’t quite right. He was snuffly and making a grunting noise and so they took him off me to check him over whilst the placenta was delivered into the pool. I then got out and lay on the sofa to try and feed Little Man. he wouldn’t feed and his breathing wasn’t right so an ambulance was called to take us to the hospital. I had enough time to get dressed before I was being led into the back of an ambulance with my newborn baby in my arms. Less than an hour old and his first trip in an ambulance – I made it to nearly 30 before going in one!
I managed to feed Little Man as soon as we got to the hospital and then he went to special care whilst they checked him out. He was 6lb 4oz just like his sister and looked so big compared to all the other special care babies. I felt incredibly sad that our home birth had ended with a trip in an ambulance instead of that close family time at home that I was longing for but I knew that we were in the best place.
In the end we stayed in hospital for the best part of three days and it was the loneliest and saddest time for me. Having had a successful home birth with LP I just wasn’t prepared emotionally for any other outcome with Little Man. He was fine after some precautionary antibiotics and really the only thing wrong with him was that his quick birth meant his lungs didn’t clear out as they should.
Now though, looking back, those days in hospital were overshadowed once we got home. LP couldn’t wait to have a baby in the house and before long it was as if he had always been there. I loved having the babies at home and know that if we had any more children I would be focusing completely on a home birth again but I would also be open to the idea that we could have to visit hospital too. Home birth was the best decision for us but sometimes hospitals are the best place too.
This post has left me feeling all warm and fuzzy inside. Donna’s babies are both such gorgeous little things, and I have loved reading about her home births. It is something I have never experienced, and it just sounds so wonderful and much more peaceful than a hospital birth. Did anyone else have a home birth?