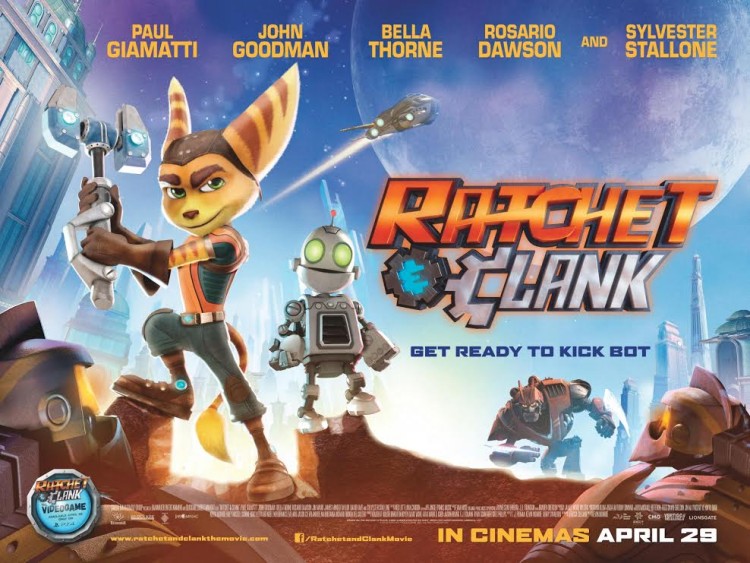 Ahead of the release of animated family adventure RATCHET & CLANK, in cinemas April 29, featuring the voices of John Goodman, Paul Giamatti and Bella Thorne, we’re giving you the chance to catch-up on some of the funniest kids’ hits with this incredible DVD bundle.
Based on the best-selling video game RATCHET & CLANK tells the story of two unlikely heroes as they struggle to stop a vile alien named Chairman Drek from destroying every planet in the Solana Galaxy. When the two stumble upon a dangerous weapon capable of destroying entire planets, they must join forces with a team of colourful heroes called The Galactic Rangers in order to save the galaxy. Along the way they’ll learn about heroism, friendship, and the importance of discovering one’s own identity.

Three lucky people will have the chance to add some brilliantly funny DVDs to their collection, including Horrid Henry the Movie, Street Dance 1 & 2, The Unbeatables and All Stars.
To enter this amazing competition, simply watch the trailer and answer the question below:

What colour is Captain Qwark’s outfit?
a) Green
b) Pink
c) Orange

Simply post your answer in the comments below, and don’t forget to share the giveaway with your friends. Good luck everyone!

Terms and conditions. Closing date 13/5/16. No alternative prize is available, DVD bundle will be sent directly to UK address supplied by winner. UK competitions at ThePrizeFinder