My son has been telling me about the Spy Gear range for a while now, and I have noticed that a few of the items feature on his birthday list. So when we were offered the chance to review a couple of items from the current Spy Gear range, I knew Jacob would be over the moon.

This is a 2 in 1 product, that works as both a Ninja Sword and a torch. The blade is retractable into the handle, and can be activated with the push of a lever. The base of the sword has a small button, and when this is held down it turns on the light. It’s a great size for Jacob, and I like the fact that the ‘blade’ can be retracted into the handle when not in use – it makes storage easier. It also protects the soft, flexible blade section from being bent or damaged. 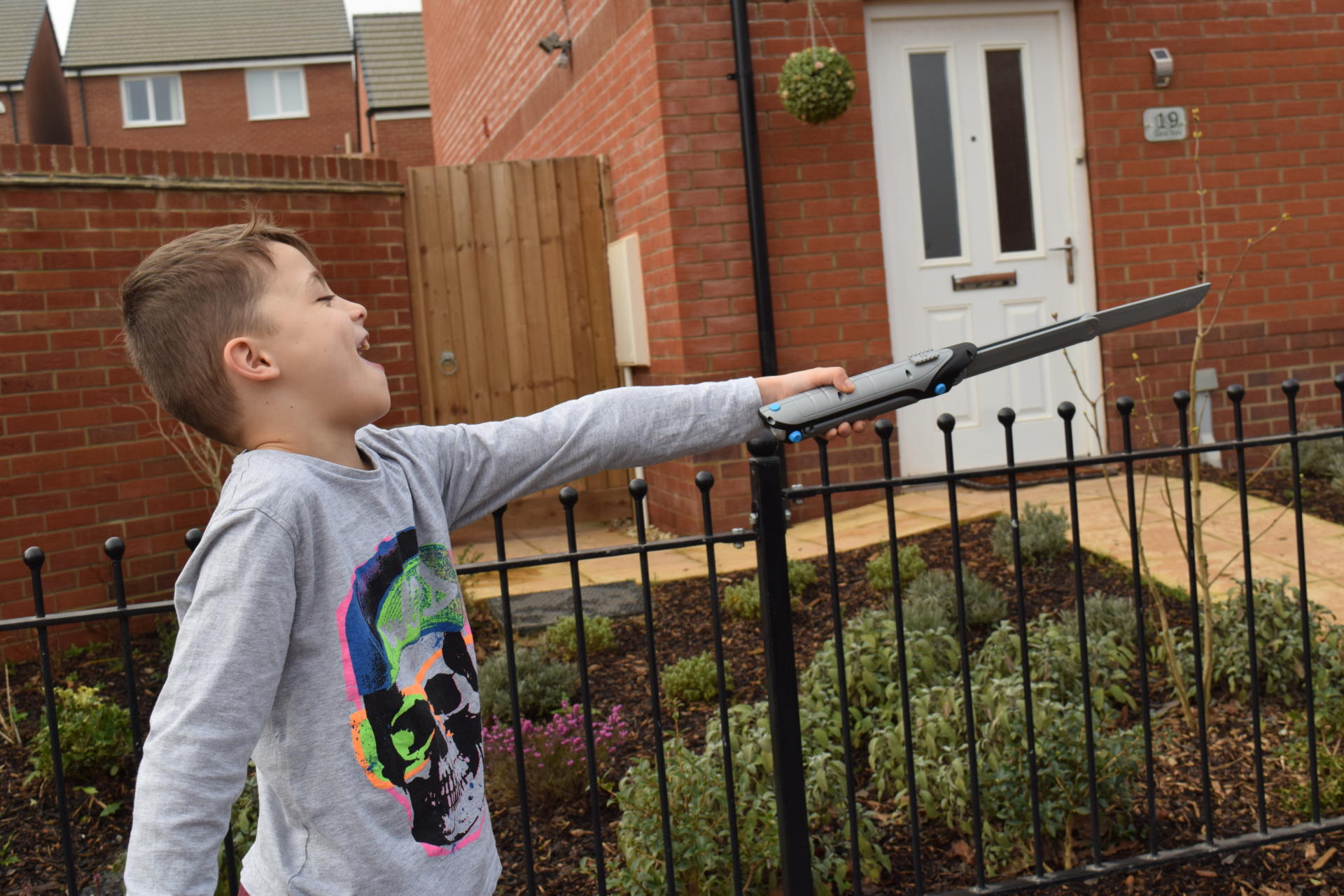 Jacob and Gemma both have several NERF guns, and they love the bullet action, spending many happy hours launching attacks on each other. The Spy Gear Wrist Blaster has a similar appeal, with the added bonus of being smaller and more portable. It fits round the wrist with velcro, and is easy to adjust to fit. The bullets fit into the end and are loaded by pulling the grey lever backwards. Then, simply squeeze the finger trigger to fire! The bullets have sticky ends, which means they stick to anything they hit – from people and clothing to walls and fences! The kids love this feature, and it prevents bullets from being lost too. 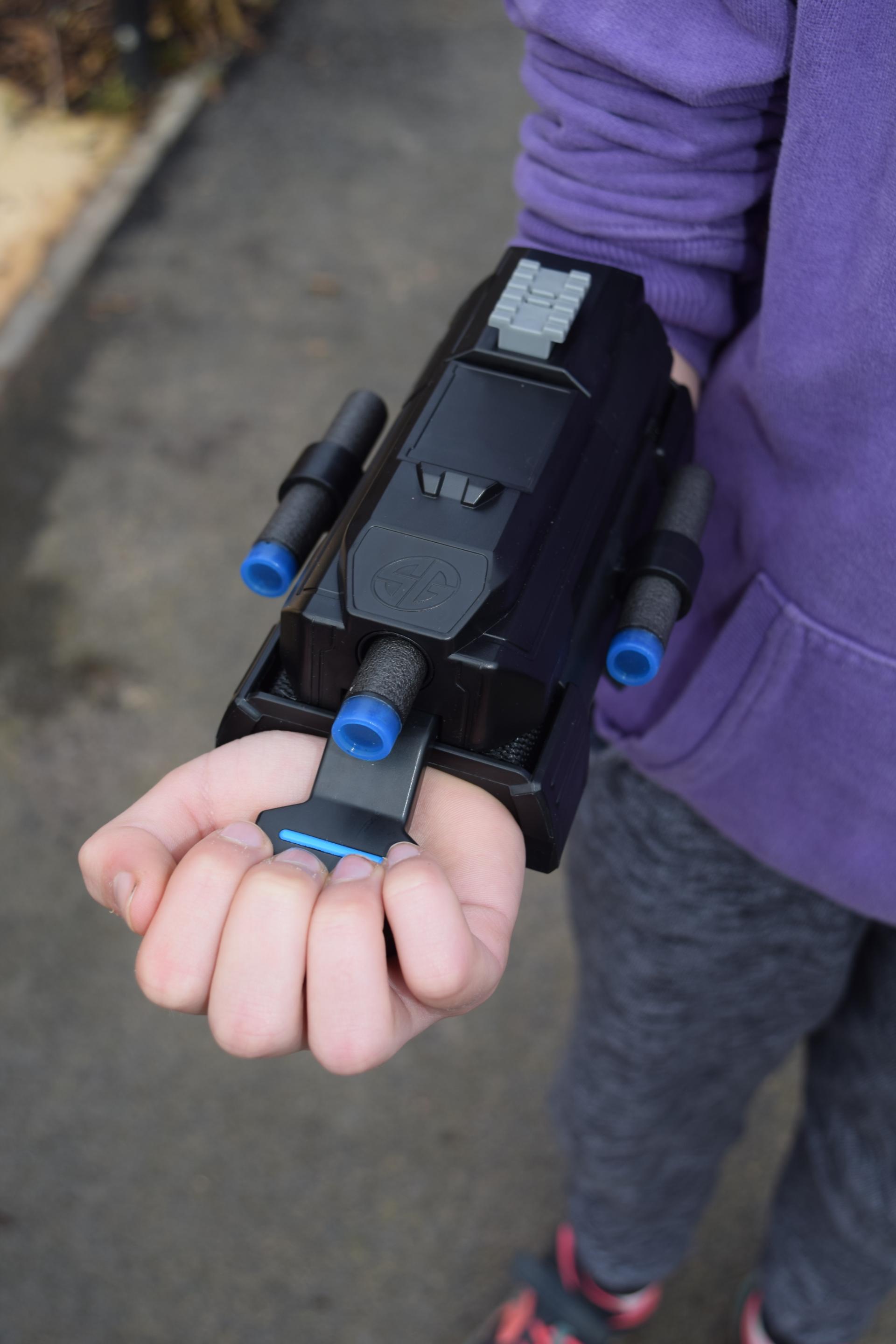 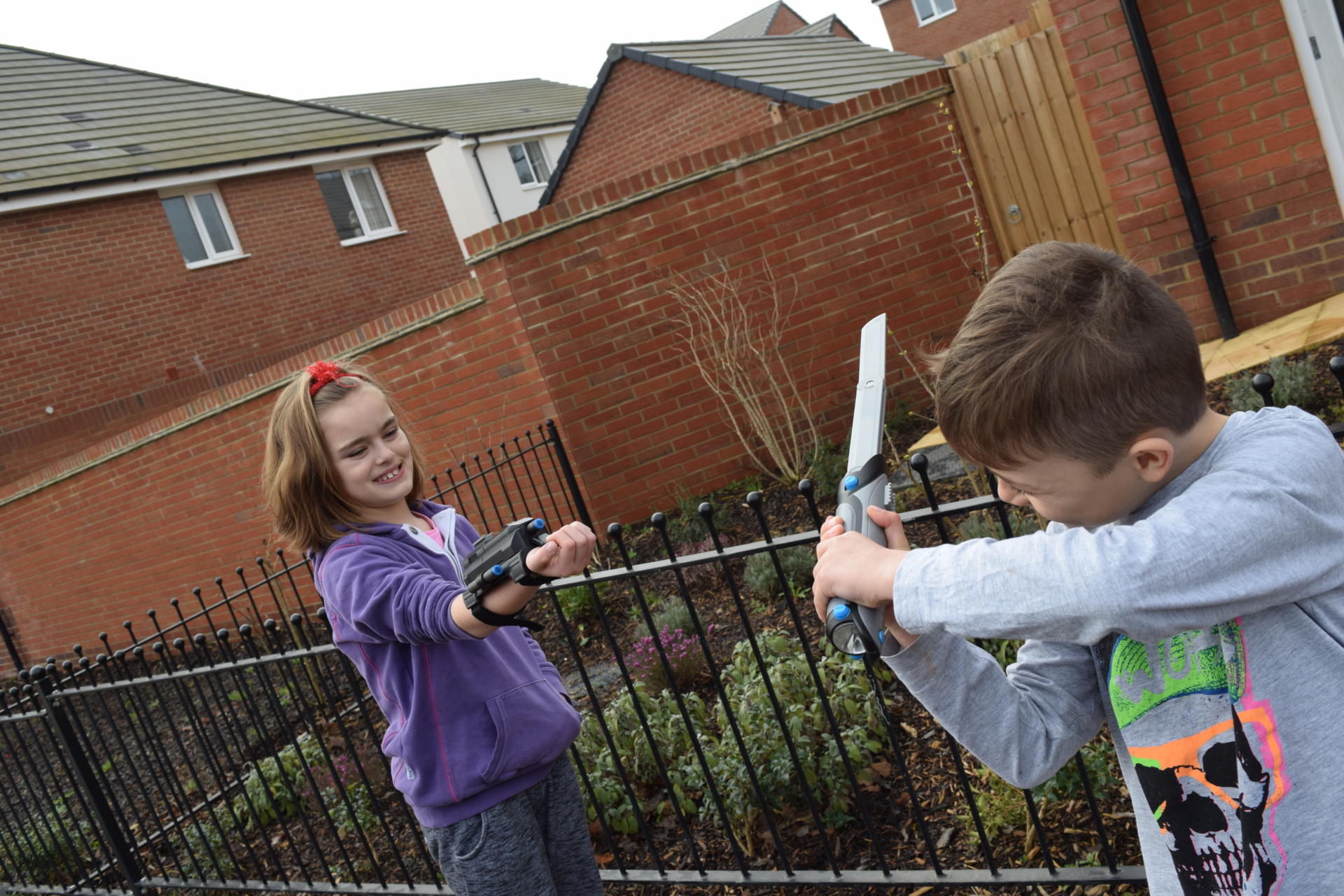 The kids are huge fans of the Spy Gear products, and I love the play possibilities. You can adapt and expand this by buying extra accessories and Spy Gear items which all work together. Everything is really good value (Ninja Sword £14.99, Wrist Blaster £11.99) and would make great, affordable birthday gifts.