Over the last few weeks, Max has suddenly changed. I feel like I no longer have a baby, but a toddler who knows his own mind, is using some words, almost walking – and now feeding himself and drinking from an open cup.

He has been trying to feed himself for a while now – most mealtimes I will give him a fork and spoon along with his dinner, and although most of it still gets eaten with his hands, he has been holding the cutlery and dipping into his food now and then. This weekend however, he actually scooped up cake and custard on his spoon and transferred it to his mouth – not just once but several times. He looked so proud of himself, and I looked at my baby and marvelled at just how much he has grown up lately. 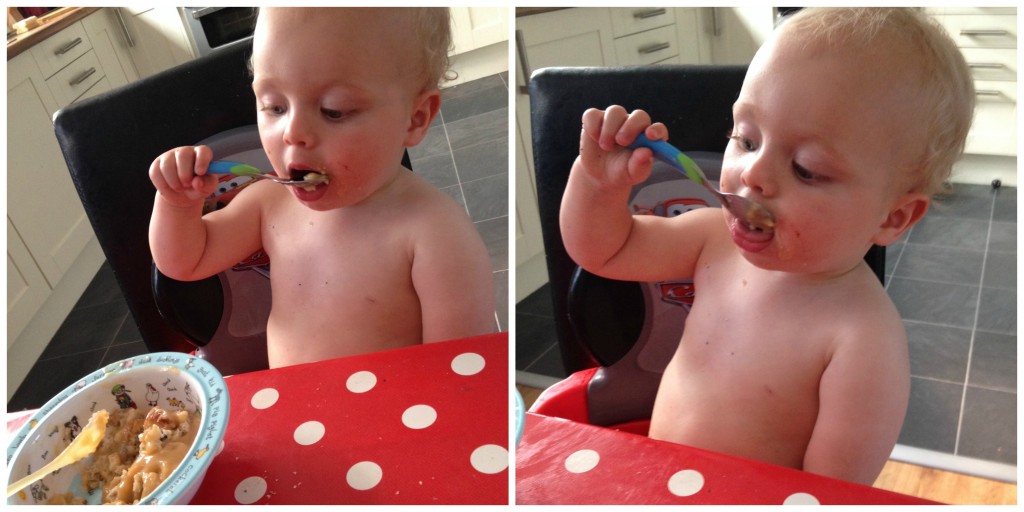 As for drinks, Max has always had water from the traditional style 2 handled cup with a lid, although he does like to try and grab your cup while you are having a drink, and will drink from an open cup with help, if you control the flow for him. Seems like that might be about to change though, as during dinner last night, he drank from an open cup all by himself. I am so surprised that the drink didn’t go all over him – he sipped slowly and steadily and really didn’t spill any at all. A real toddler tea time triumph! 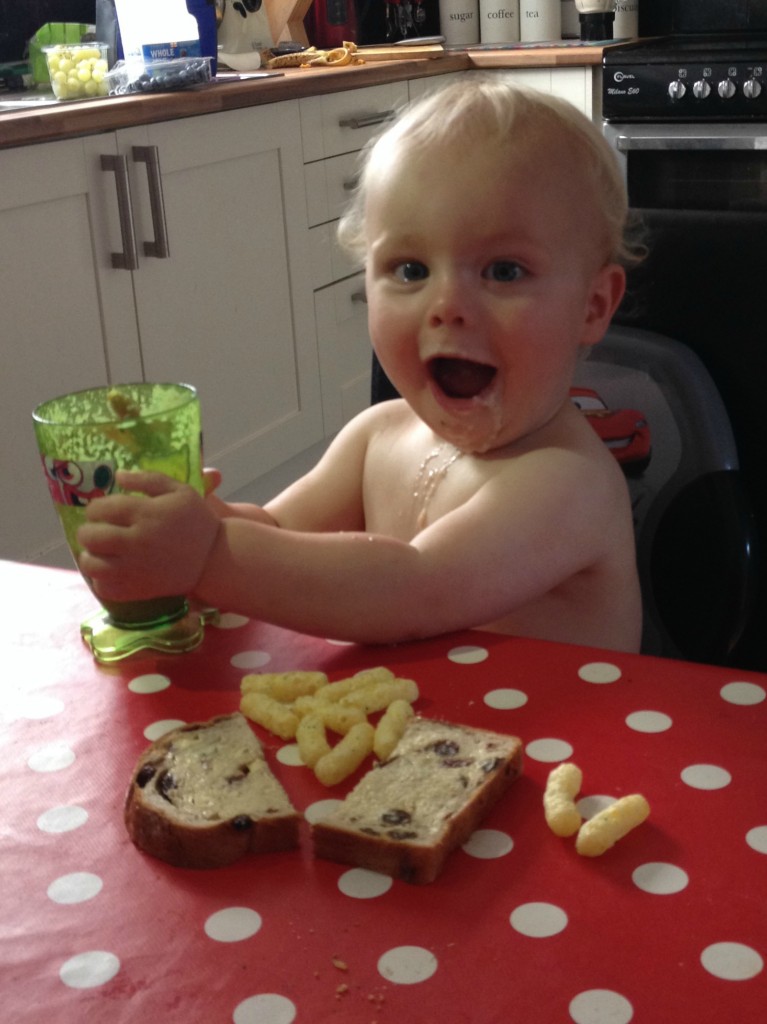 We didn’t intentionally give Max an open cup – he actually stole his brothers cup one dinner time. After watching Gemma and Jacob sipping their smoothies and saying ‘ahhhhh’ after each mouthful, Max wanted in on the fun!

Do you remember what age your little one was when they started to feed themselves independently?