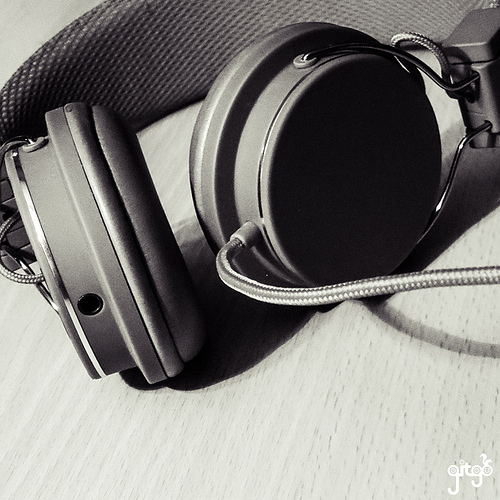 The rock guitar website Reverb talks of vintage amplifiers and Fender Deluxes, Les Pauls and Echoplex tape delay units. A showcase of musical instruments that are dream machines for the musician and would definitely ramp it up to 11. But a recent post asked about the most valuable tool in the guitar player’s arsenal, and gave the correct answer; the ears.

A loud concert rocks in at up to 115dB, at least 20dB above the level at which sustained exposure may lead to hearing loss. Pain occurs only a few decibels above this level, at 125dB, and even a brief exposure to a 140dB blast can cause long-term, permanent damage.

The damage occurs when the stereocilia – tiny hairs that sit on the top of hair cells in the inner ear – are repeatedly or instantly battered. Noise Induced Hearing Loss can be immediate, in the case of a sudden 140dB or above sound (about the sound of a jet engine at 100ft), or it can build up over time. We may not even realise it is happening until there’s a subtle shift in what was once easy to hear, and a test at Hidden Hearing is needed.

The obvious conclusion is that headphones or ear plugs of some type should be worn at gigs by the regular music-goer (and certainly by musicians), otherwise the risk of damage is drastically increased and the whole experience will start to wither. Unfortunately, life does not always allow us to plan things so carefully; in our youth we spontaneously go to nightclubs and concerts without aural protection.

The stigma of earplugs looking ‘uncool’ has largely disappeared, and it’s not uncommon to see earplugs handed out at gigs now by organisers. According to the National Institute on Deafness and Other Communication Disorders there may be as many as 26 million Americans with some form of hearing loss between the ages of 20 and 69, due to sustained exposure to noise at work or during leisure activities.

Society is now aware of the potential dangers, but perhaps less aware of their source. As discussed, anything above 90-95db may lead to damage if sustained. That range represents the same volume as a pneumatic drill from 50ft, and is only slightly louder than loud truck traffic. One can hardly expect people walking or driving through London or New York to permanently wear ear-plugs to protect themselves from this danger, but it is possible.

The more likely scenario is a young person trotting along wearing headphones, listening to music on a personal player, but unfortunately this may simply be a case of swapping the risk of one source of damage for another. Personal Music Players can reach up to 95-105 decibels, and according to the The Dangerous Decibels campaign from the Oregon Health and Science University this would damage your hearing after just 15 minutes.

Youths once only listened for a few minutes at a time because a cassette had limited capacity – now, with catalogues of tens of thousands of songs at their fingertips, there is no reason why a young person cannot choose to listen for hours, and therefore put themselves at risk.

Overall, the risk of hearing loss due to sustained noise is clear, and the steps that can be taken to alleviate it are cheap and easy. The costs which one could incur physically if the listener does not take heed are very expensive, however.