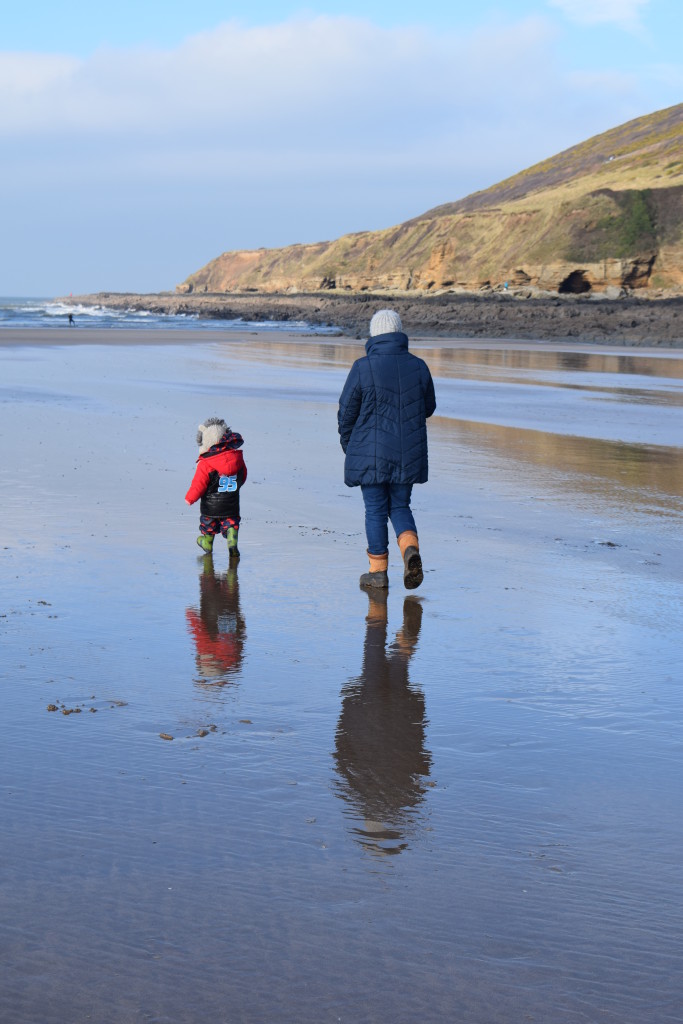 The beach isn’t just for the summer. In fact, I almost prefer it in the winter, when it is empty except for the surfers and a few families, when there are heaps of new rock pools to explore, when the children can run undisturbed for miles. That’s just what we did last weekend. It was chilly but the sun was shining brightly, and so we headed to Saunton Sands. 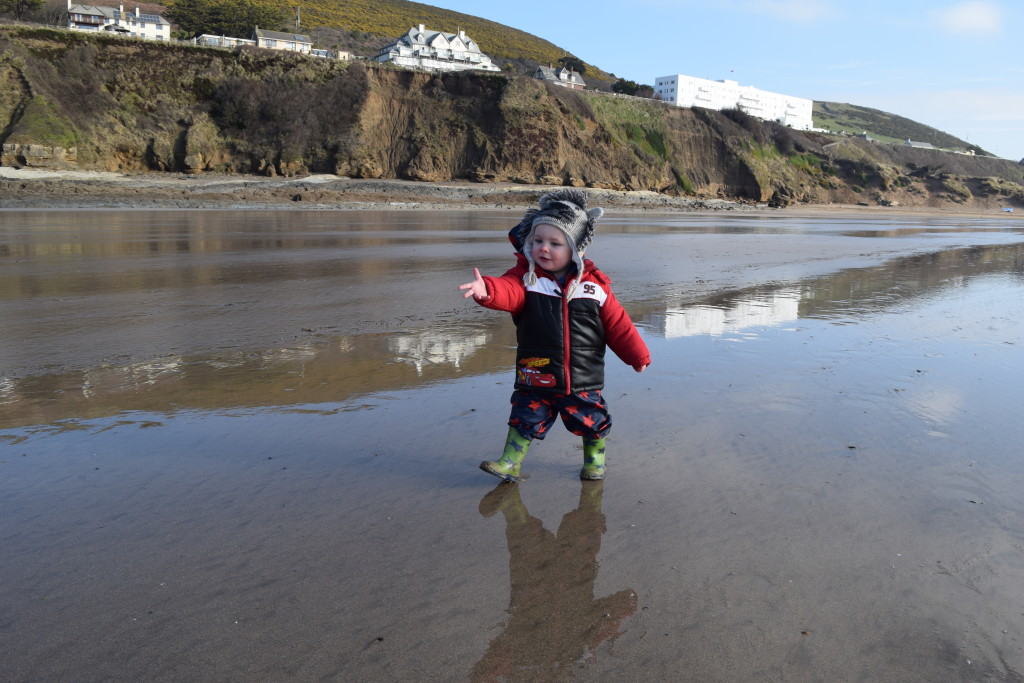 It’s been a while since Max last went to the beach – he was certainly a lot smaller, only just finding his feet and more interested in eating the sand than exploring. This time was totally different – he put one foot on the sand, caught sight of the sea and ran, shouting and screaming with excitement. It was lovely to watch. 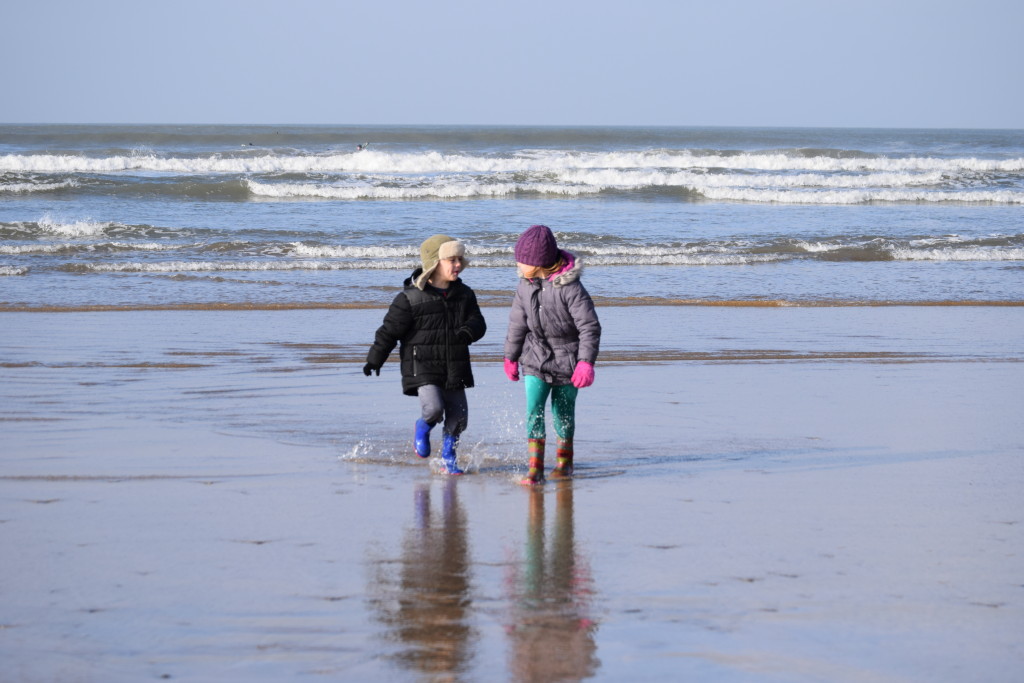 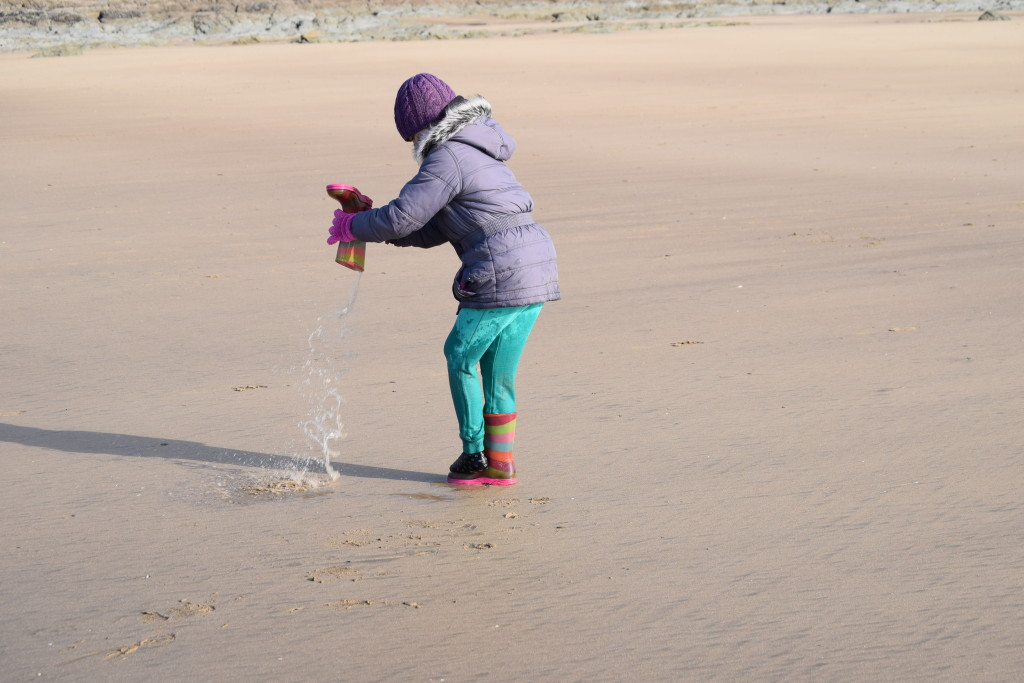 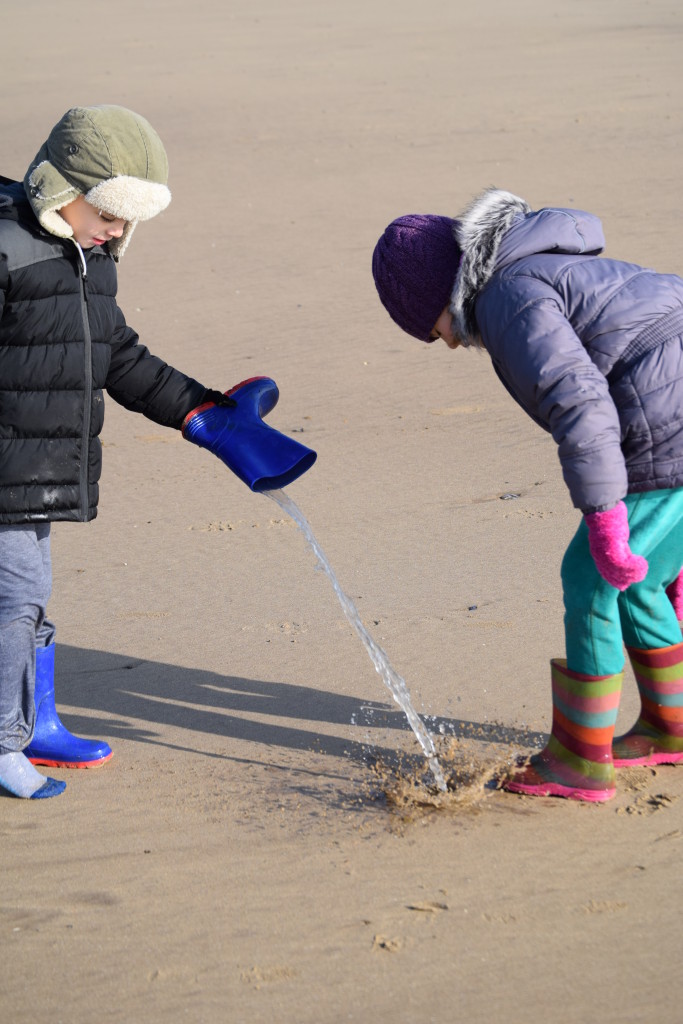 In fact, all the children ran straight for the sea. They seem to have a real fascination with water, and the sea is no exception. Despite the fact that it was freezing cold, they hurtled straight in, well over the tops of their wellies, and were drenched within seconds. But the look on their faces was well worth it! 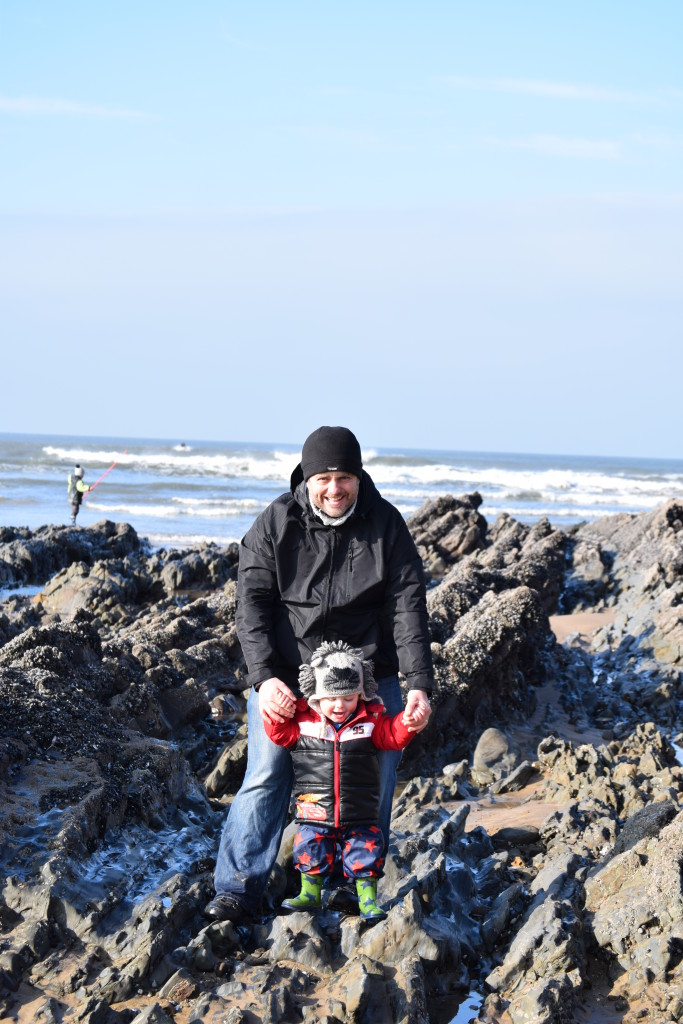 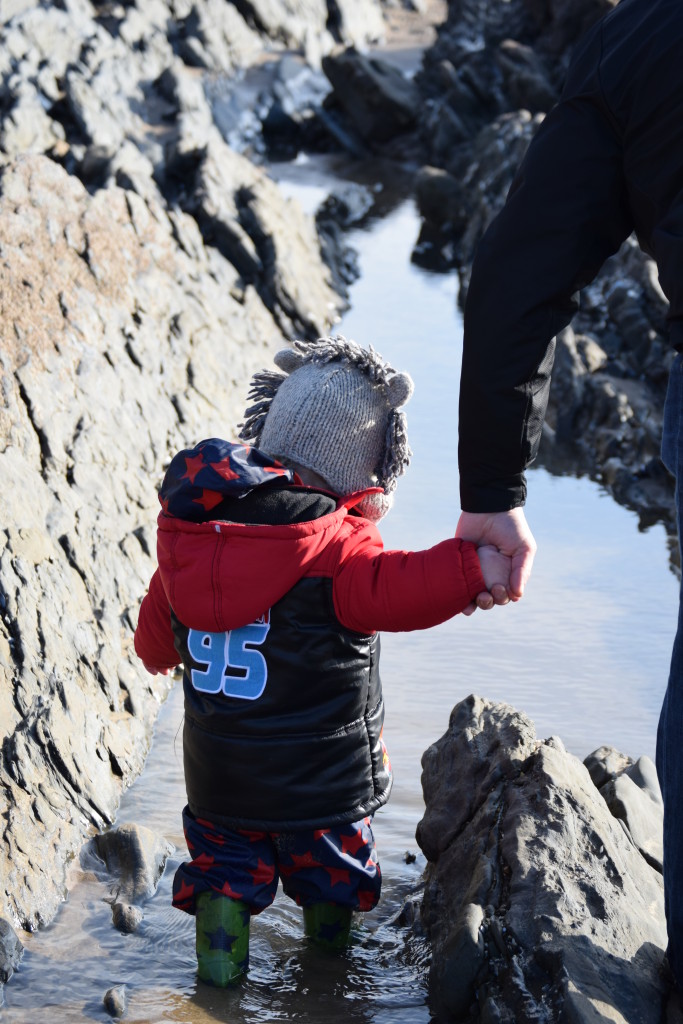 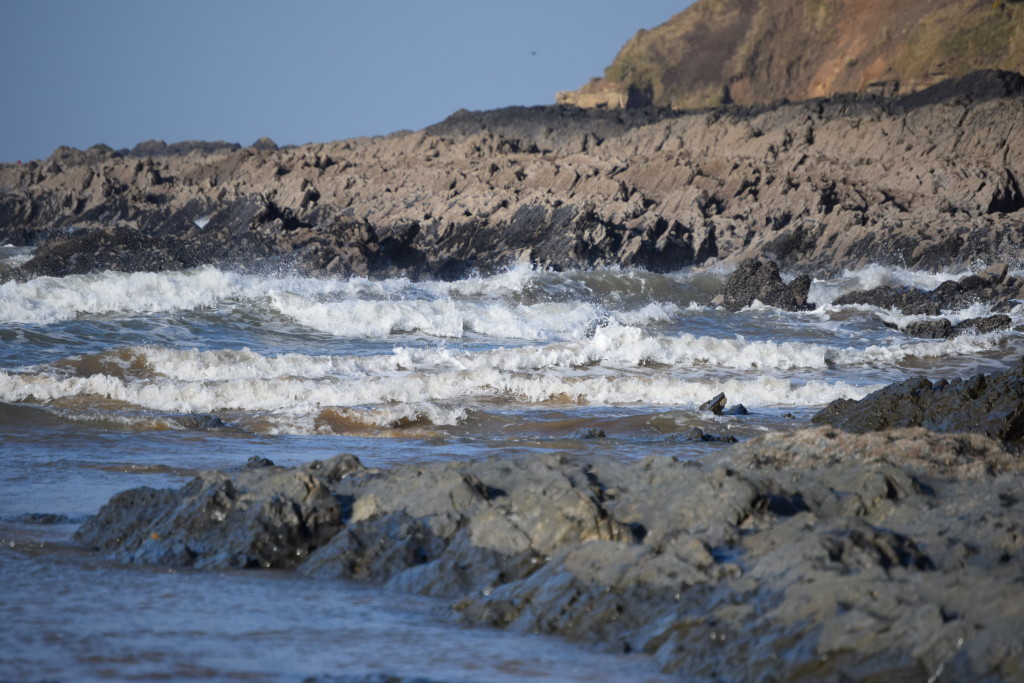 Once they had tipped the ocean from their boots, we headed off to explore the rock pools. Saunton has a gorgeous cliff line, and there are so many areas to explore. Gemma and Jacob went clambering all over the highest rocks, collecting shells and looking for crabs, while Max stayed nearer the shallow pools, paddling, splashing and finding his own treasures. 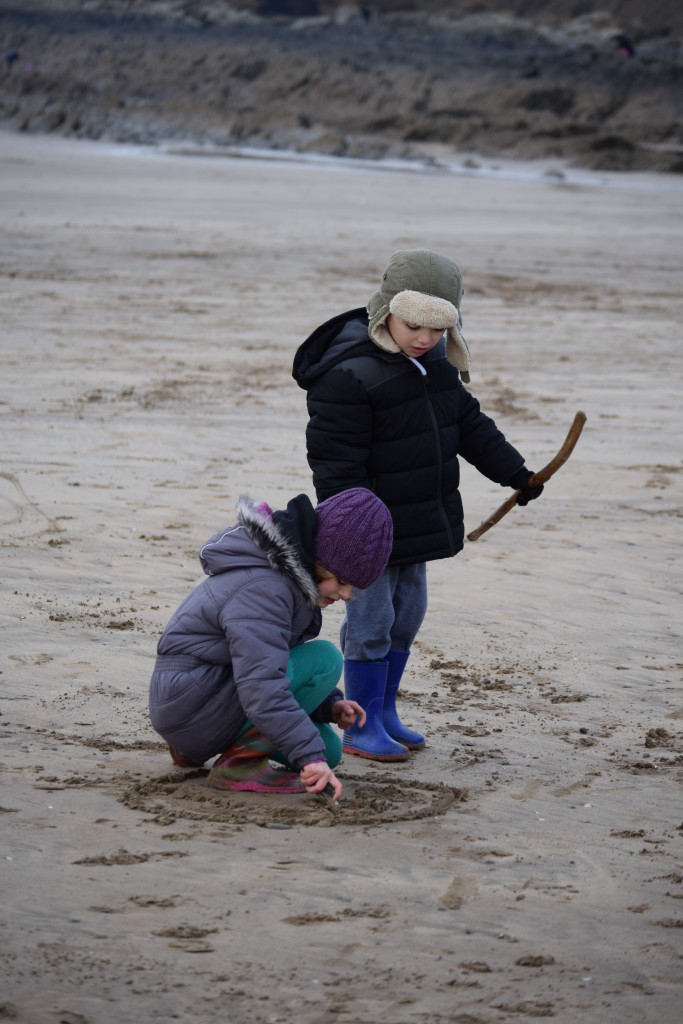 Once the rock pools had been exhausted, another paddle in the sea had been completed and the clock was inching towards lunchtime, we started to head back up the beach towards the car park. We found some sticks on the way, and all 3 children spent a while drawing some pictures and writing their names – or in Max’s case just running along dragging a stick behind him!

We ate some chips and headed home – there were some tired children in the car! Amazing what sea air can do…..