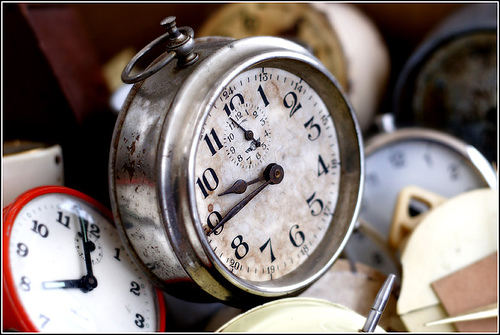 We all know someone who turns up 10, 20, even 45 minutes late to any event, gathering or meeting. That’s how they are, you might say to yourself. You may even give them a false meeting time, some 30 minutes earlier than it really is, in an effort to get them to turn up on time. With friends it may be annoying, but with work or clients it could be detrimental to that person’s career.

You might chide them for being tardy, but often it becomes a bit of running joke. You buy them a gift from Tic Watches to drop them a hint. But it makes no difference – they still seem to walk into a bar or meeting as if they intended to get there 25 minutes after they were supposed to arrive.

You’ll probably find that, far from being too laid back to worry about such trivialities as punctuality, a perennial latecomer is actually constantly stressed – they never seem to have enough time to do anything, and when they travel anywhere, things always seem to go wrong. It’s a fraught business, arriving on time – how do others manage it, they wonder?

Are you that person? Does five minutes away really mean you haven’t left the house yet? Here are some basic tips to help you stop fighting the clock.

We’re not talking military precision here. But giving yourself enough time to get ready before you leave for an appointment has a knock-on effect on the rest of your journey. Make sure all your clothes are laid out ready and your bag contains everything you need if you have an early morning start. Eradicating the need to rush means you won’t forget something important.

2. Build in your own buffer

Meant to be meeting someone at 1pm? Then get there at 12.50pm. Five past the hour is not good enough, even though you may tell yourself that it’s no big deal, it’s only five minutes. Five minutes becomes seven, then 10 or 20 minutes and before you know it your friend is muttering about you under their breath.

Heading to a job interview? Then allow enough time for transport delays such as bad traffic or late-running trains, and if you’re heading somewhere unfamiliar, you’ll need time to find where you’re going. Yes, there are always going to be circumstances out of your control, but if you build that into your travel plans, however big or small the journey, you’ll arrive on schedule.

Business conferences are a classic example of constant lateness – ten-minute meeting slots overrun, and by lunchtime the whole schedule is running 90 minutes behind. The key is not to book several meetings around the same time. You’ll only end up getting hot and stressed as you race from one to the other, and inevitably one or more will be behind schedule, making you late for the next one. Similarly, don’t plan in too many social meetings around the same time. It’s better to be honest and say to one friend you can’t meet them, than trying not to hurt their feelings and end up offending them by being 45 minutes late.

Interestingly, there are different kinds of late-runners, as this article published on Time.com reveals. And there are more tips courtesy of WikiHow.