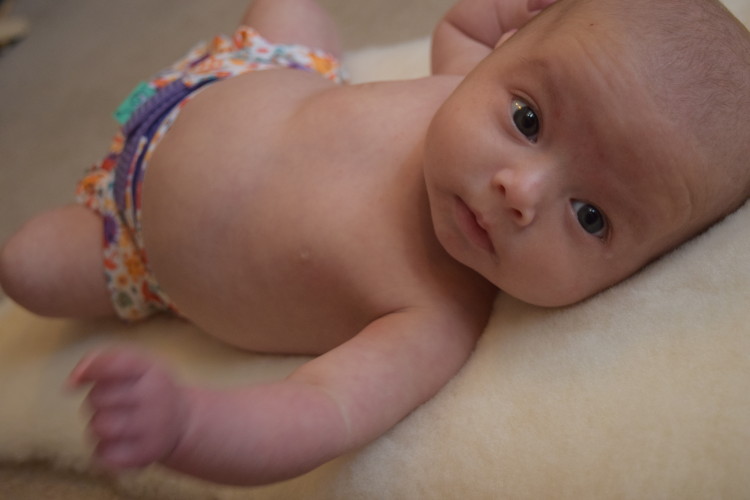 I have been a real nappy lover for a while now – as long as I have had children. It was actually my husband who first suggested using cloth – purely for economical reasons. I was sceptical that it would just mean more washing, more changing and the nappies would end up unused and unloved at the back of a cupboard.

I was so wrong.

In actual fact, I grew to love them, and not only for economical reasons. Having eczema babies, I discovered they were far softer on their sensitive skin. I actually found them to outlast most disposables, even when worn overnight. And most of all, I grew to love the sight of as fluffy bum – much, much cuter than a sposie nappy.

Just look at this. Cuteness overload. 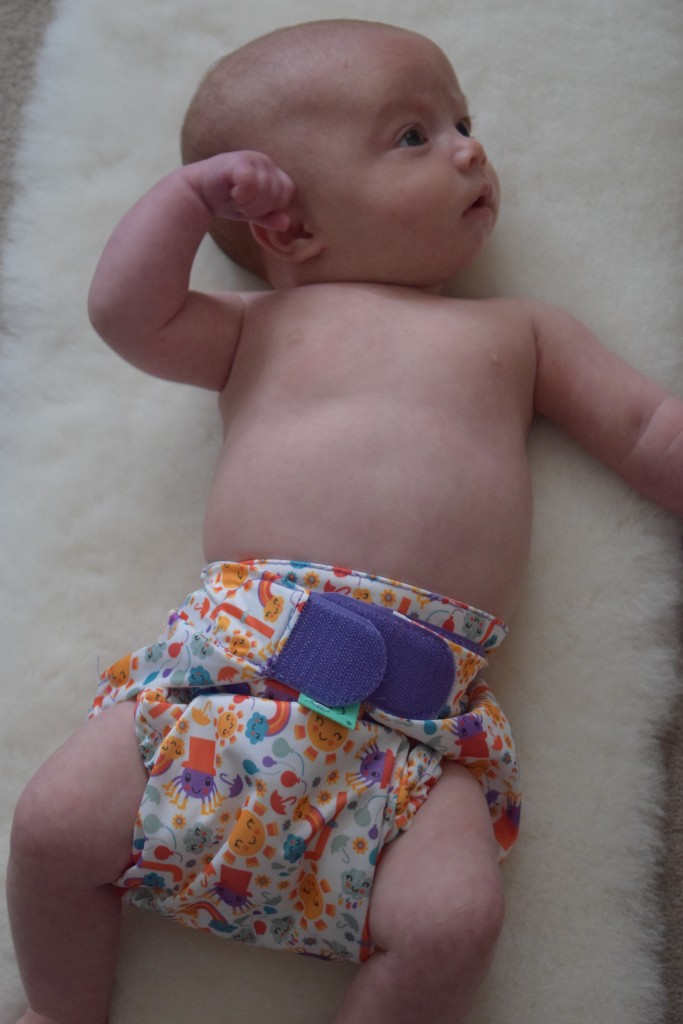 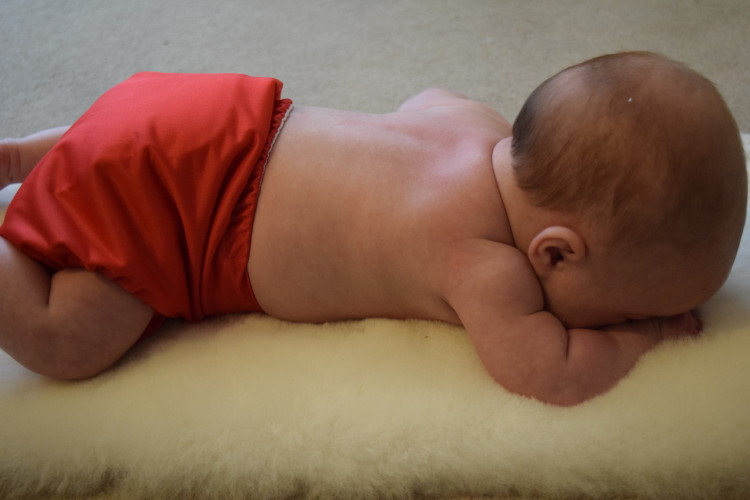 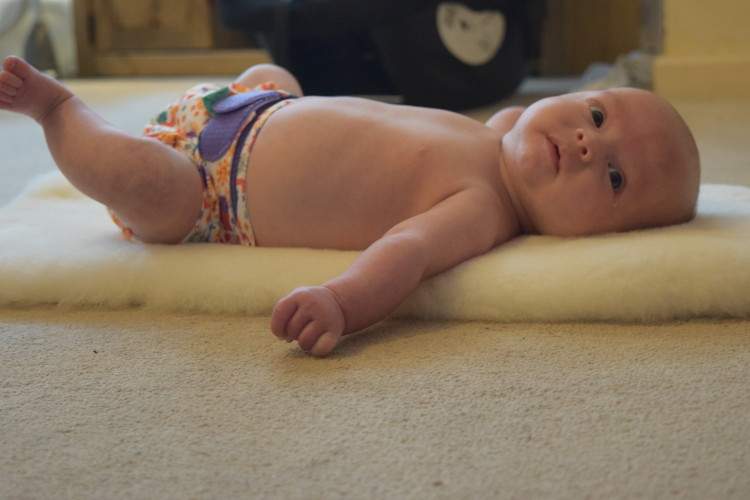 What Eliza is wearing here is actually a very special new nappy system from Tots Bots – the PeeNut. Not only have we found it super simple to use, we have found it to be great at its job too.

The PeeNut is a 2 part system which consists of an outer wrap and an inner pad. Don’t be daunted by the thought of that though – it really is no more difficult than an all in one option. Lay the wrap out flat and insert a pad – this simply secures with poppers at one end so there is no worrying about the correct way to do it. Smooth the pad flat, pop a liner (cloth or disposable) on the top and that’s it. Put the nappy on your baby in the same way as you would with a disposable, adjusting the velcro at the waist for the right fit. There are also poppers on the front of the nappy – these help you to achieve a good fit on both newborns and toddlers, plus everything in between! The poppers are on the smallest setting for Eliza and left unpopped for Max. The PeeNut will fit most babies from birth – approx 35lbs. When changing a nappy, you simply remove the liner and pad, wipe down the wrap and replace the pad and liner – much easier than changing the whole lot, and it makes for much less washing too! 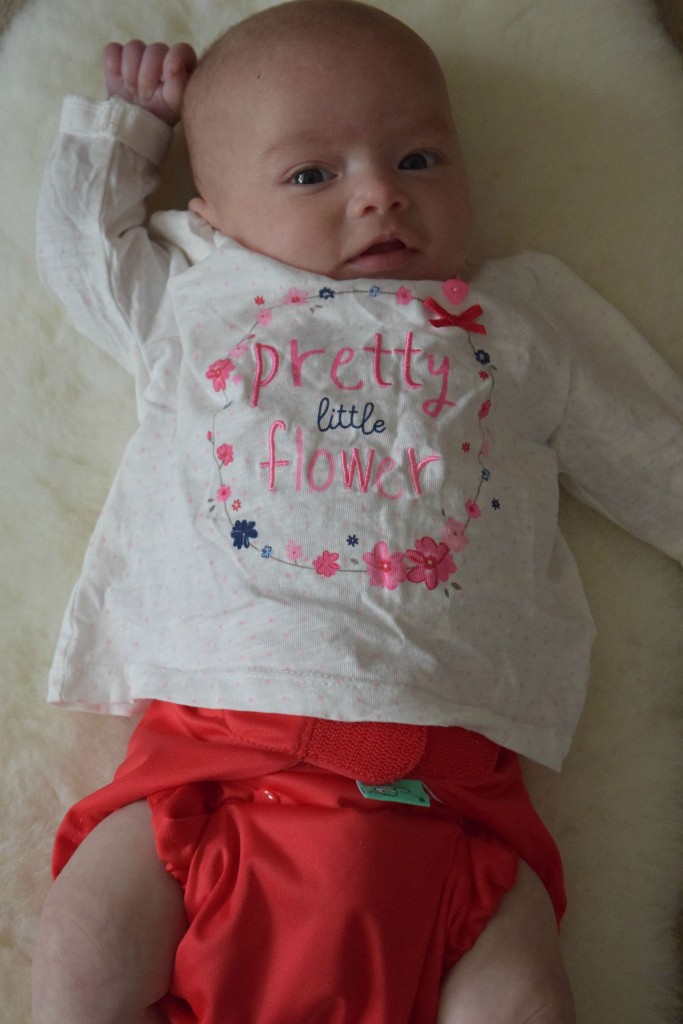 One of my original cloth nappy worries was the washing – would it be a bit disgusting? Would it mean loads of extra washing every week? The answer to both these questions is definitely no. If you use disposable liners you can simply flush them, and the contents, down the toilet. Cloth liners can have solid waste tipped off into the toilet too and then just be washed with the nappies. I store all used nappies in a mesh bag inside a bucket. When it is full, just pull the mesh bag out and pop them in the washing machine at 60 degrees. Line dry or tumble on a cool setting. Because they are a 2 part system, they dry so quickly as the wrap and pad part are totally separate. With 2 in nappies I really only find we do an extra 1-2 loads a week. 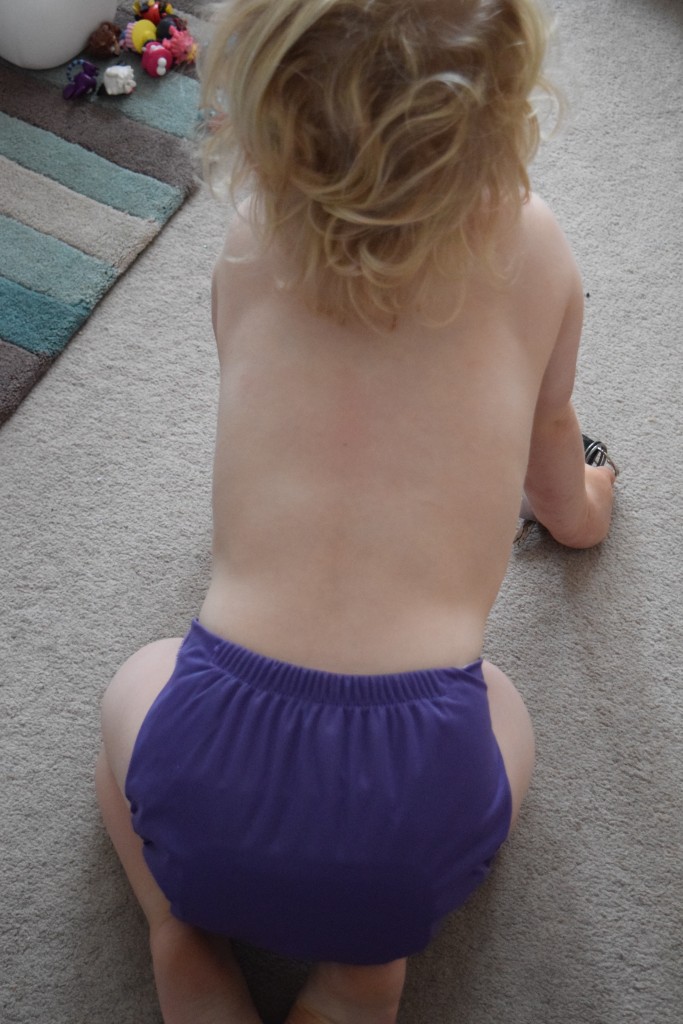 Another worry people often have with cloth nappies is that they won’t perform as well as disposables. Again, we haven’t found this to be the case at all. Max is a wet toddler – nappies get full fairly quickly, but the PeeNut has been able to absorb well. I have used an additional booster with him as well as the PeeNut pad, but this is simply a case of adding an extra ‘layer’ to the nappy. Tots Bots sell boosters too, so they are easy to get hold of. We have always boosted over night too, as it means that there is no chance of a wet nappy waking him up.

With Eliza we haven’t needed to boost the nappies, and we have been really pleased with the performance. The PeeNuts are incredibly absorbent, and manage to contain the runny newborn poo well. The fact you can adjust both the velcro waist and the popper rise means we can get a nice snug fit around the top and the legs to stop any leakage. Eliza has worn these nappies from her last feed at 8/9pm right through to her morning feed at 5/6am without any leaks. The wrap has felt ever so slightly damp to the touch on one occasion but there was no seepage through on to her sleepsuit.

I have always been a Tots Bots user, choosing Easyfits for day time use and Bamboozles for night. I didn’t think anything would make me change from these old faithfuls – but the PeeNut might have just done that. 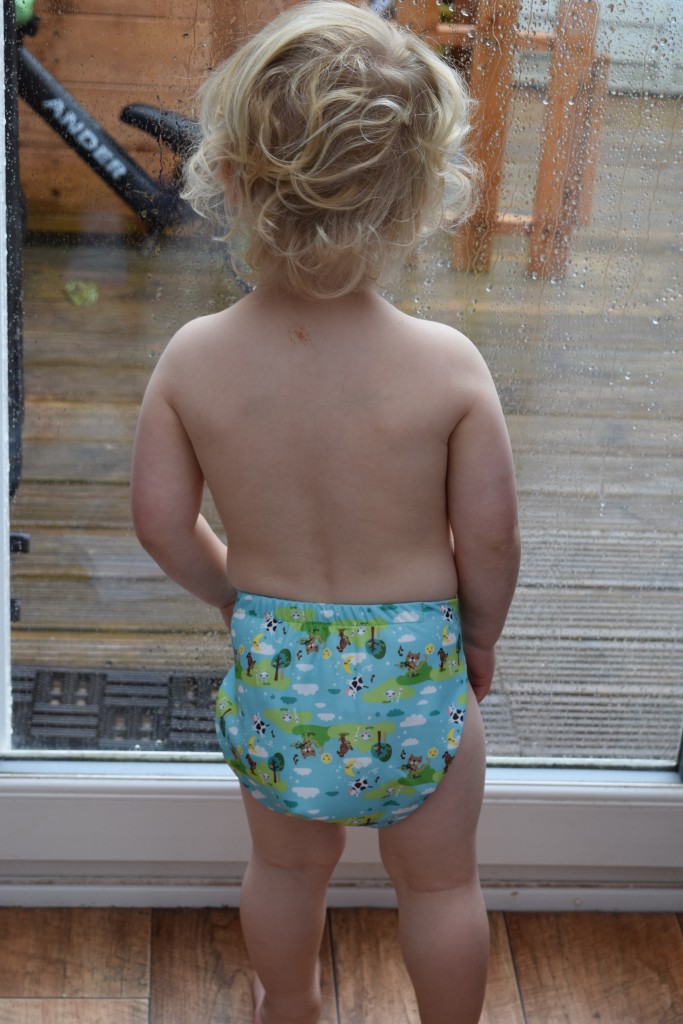