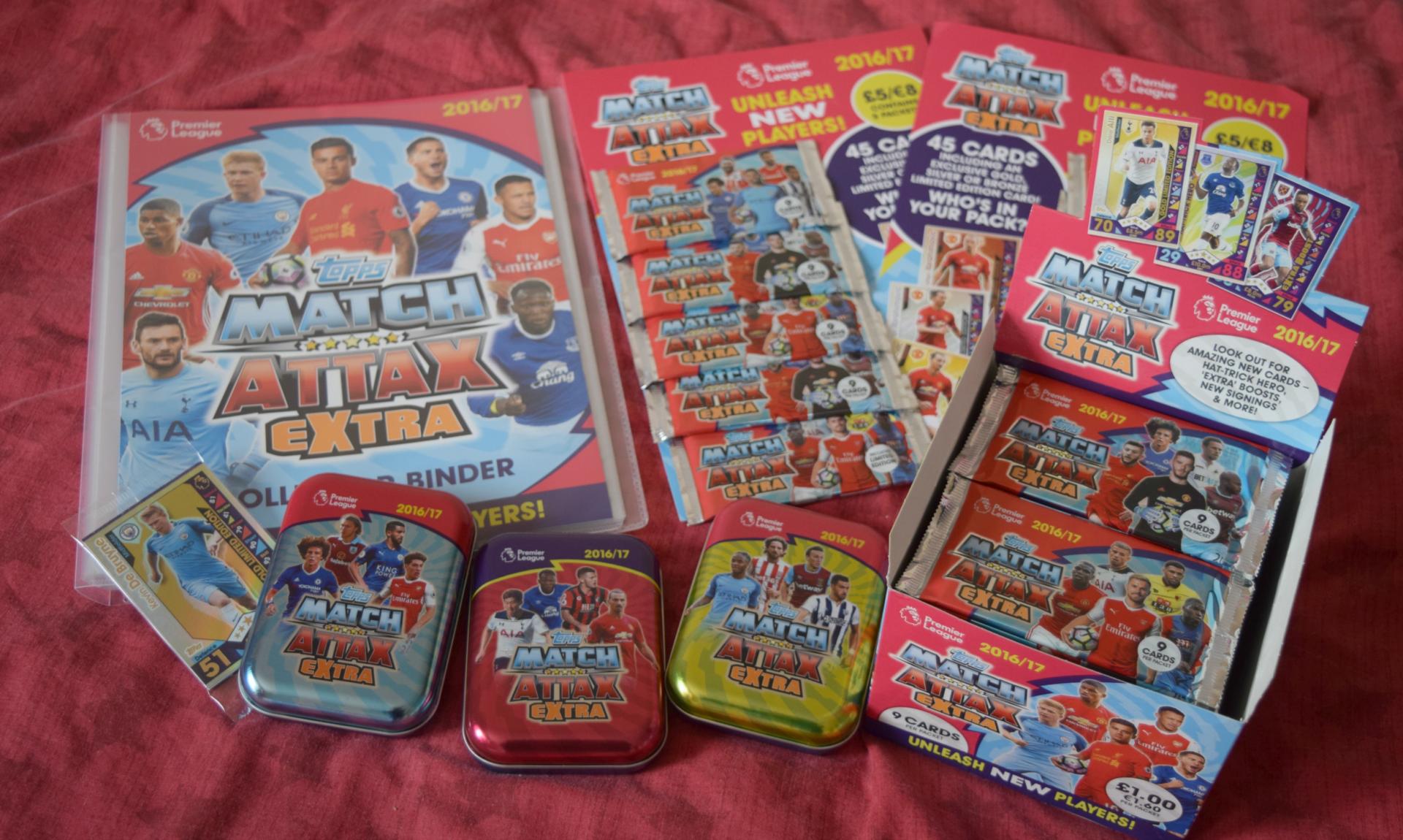 Jacob is football MAD. Come rain or shine, he is always kicking a football around, and when he isn’t playing he is either watching it or talking about it. 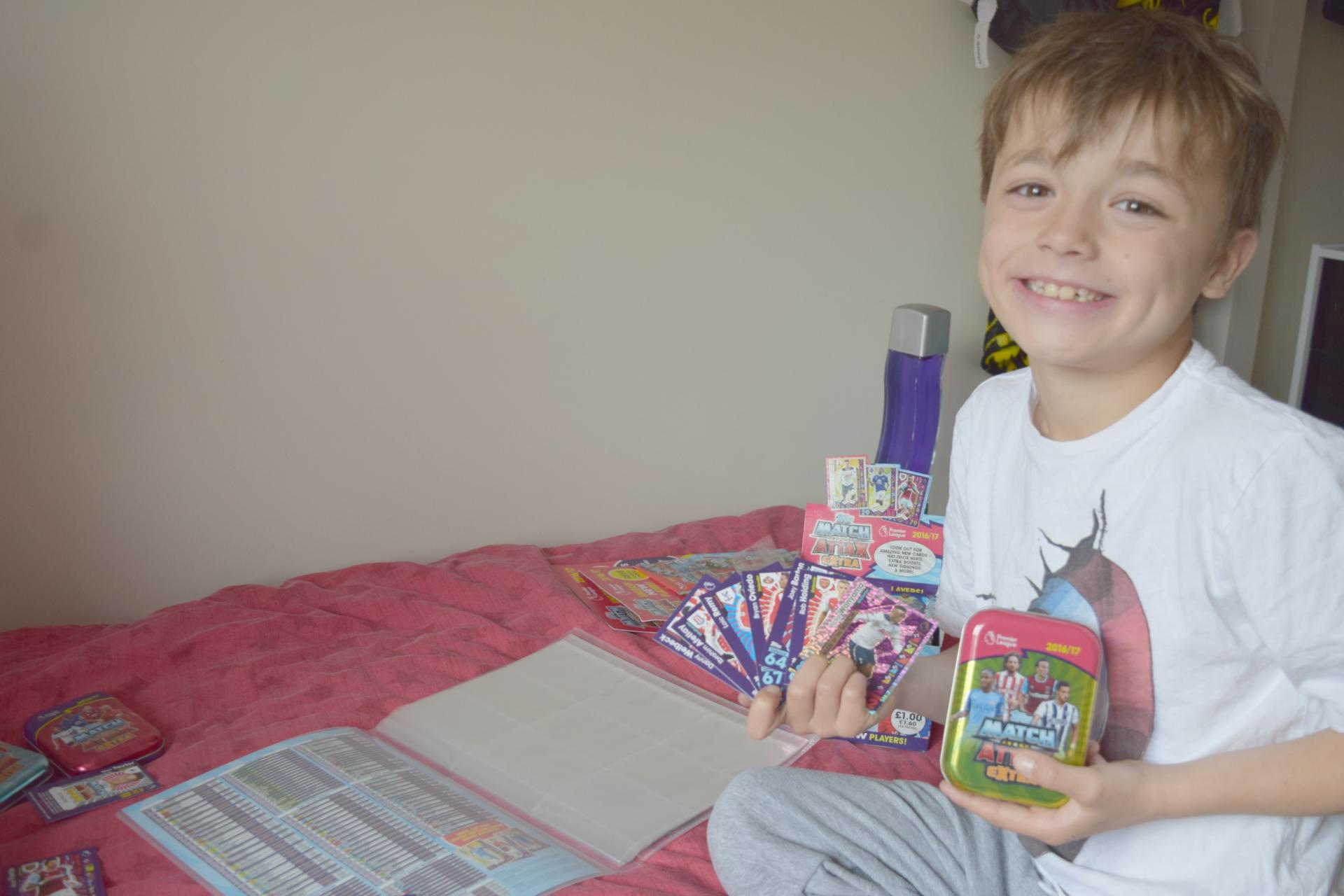 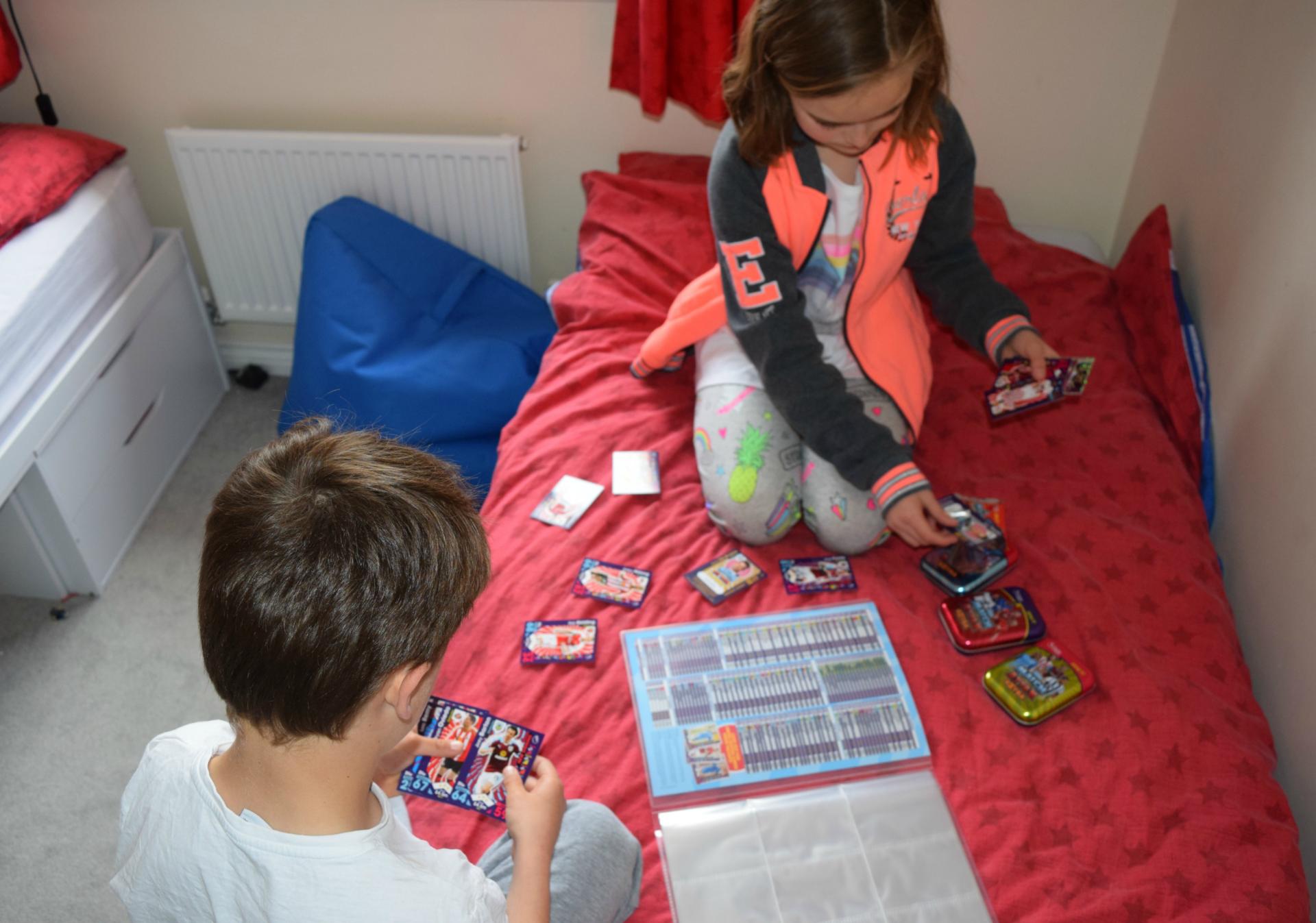 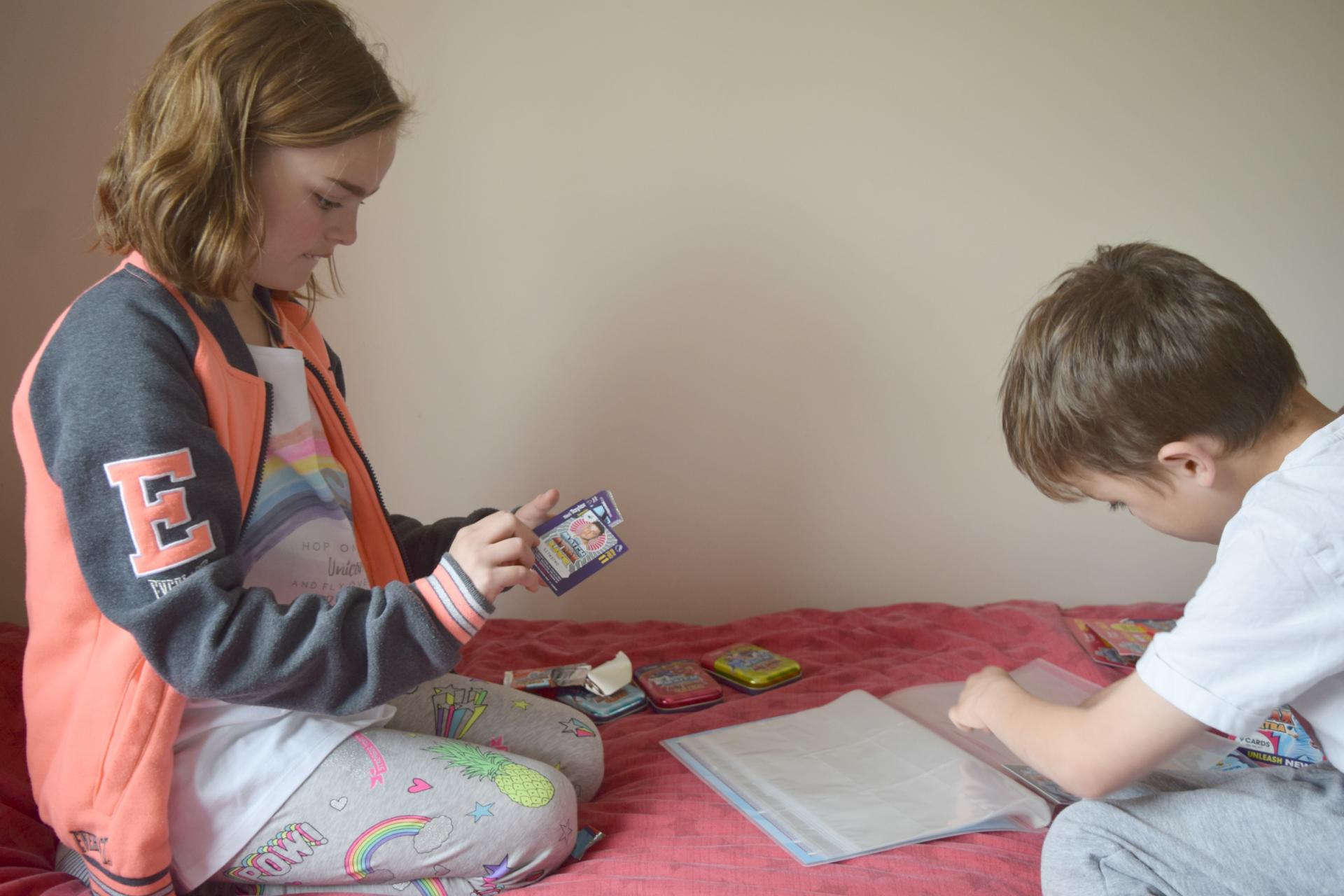 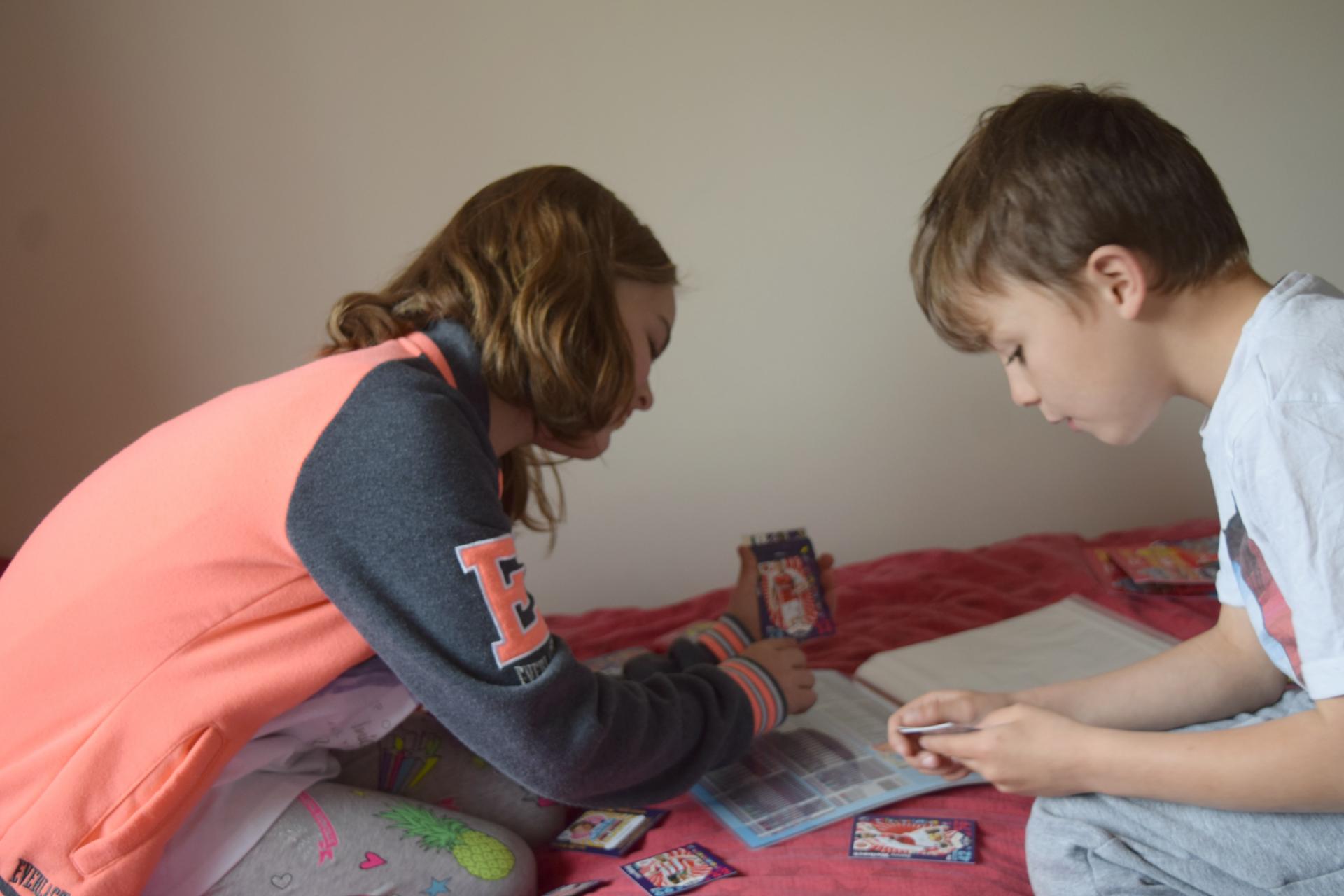 The new Match Attax Extra collection includes new signings, updates cards and so called ‘magic moments’ from the 2016/17 Premier League. Jacob and Gemma have enjoyed sorting through the cards, putting them into team collections and filing them in the binder, following the ‘team guide’ on the first page insert that comes with the ring binder. There is extra excitement when they come across a special edition gold or silver card!

The collectors tins are a great way to store these special edition cards, or for keeping doubles in. Jacob has been taking his doubles to school and swapping them with his friends, which gives everyone a better chance of completing their collections. 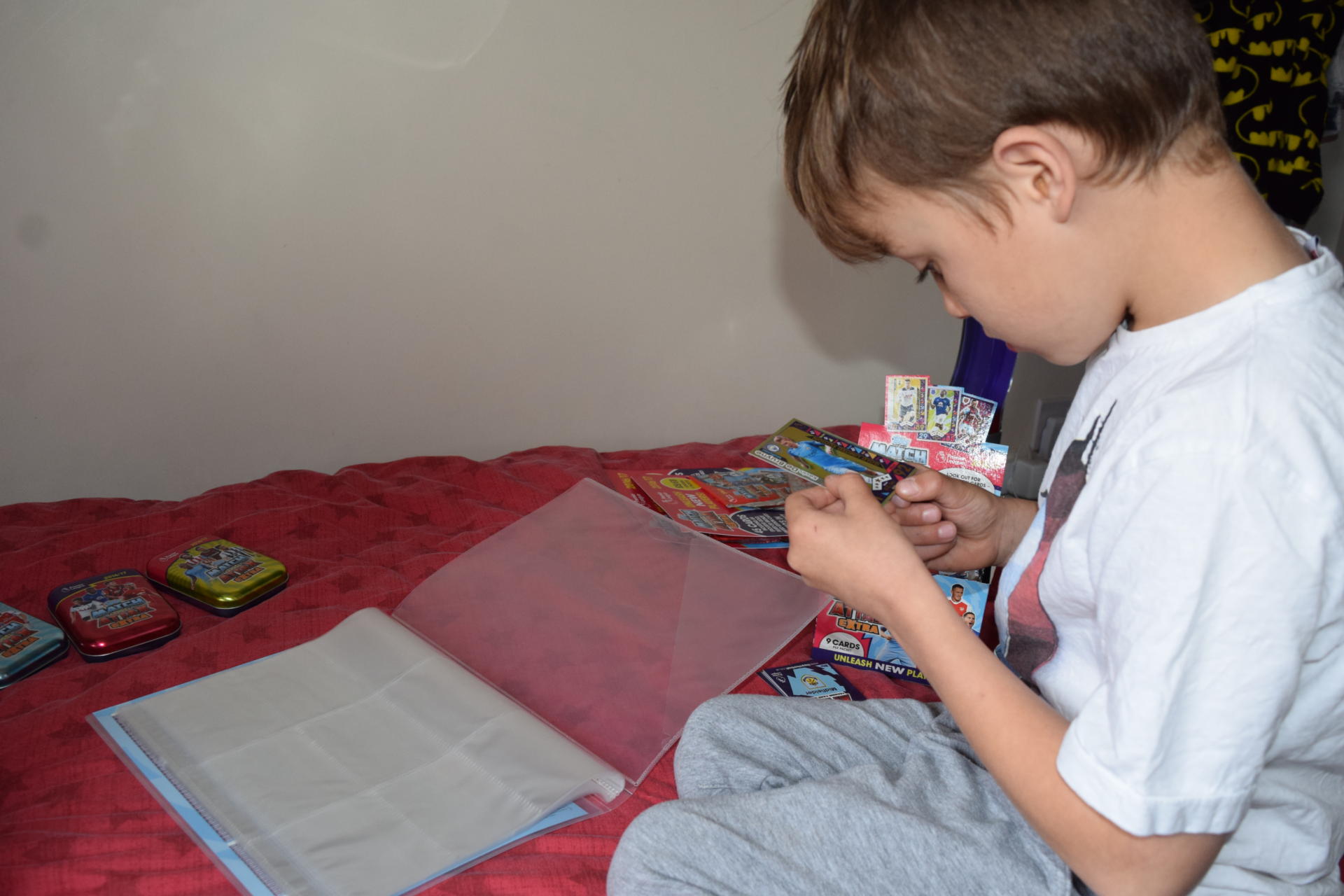 As well as being a trading card game, Match Attax Extra is also a game for 2 players. I will go into more detail on this in another post, but it works in a similar way to Top Trumps, with defence/attack ratings being compared to determine whether your player would score a goal or not. There are tactic cards too, which can be used to change the game up a little. 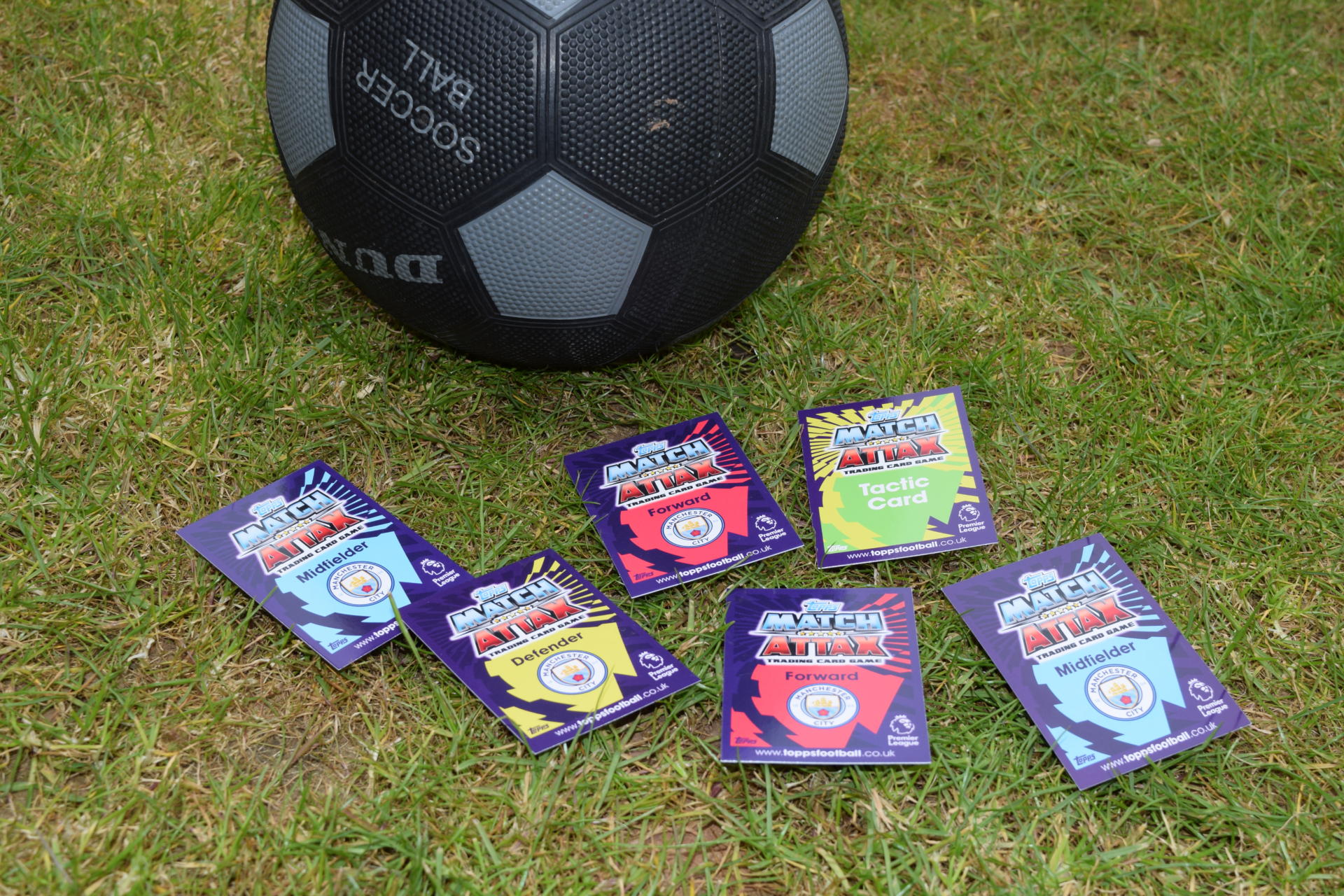 If you have a football fan in the house, then I am sure will love the Match Attax Extra 2016/17 collection – it offers a great way to get their football fix when the weather is too awful for kicking a ball around, or when you just need a break from the sidelines!