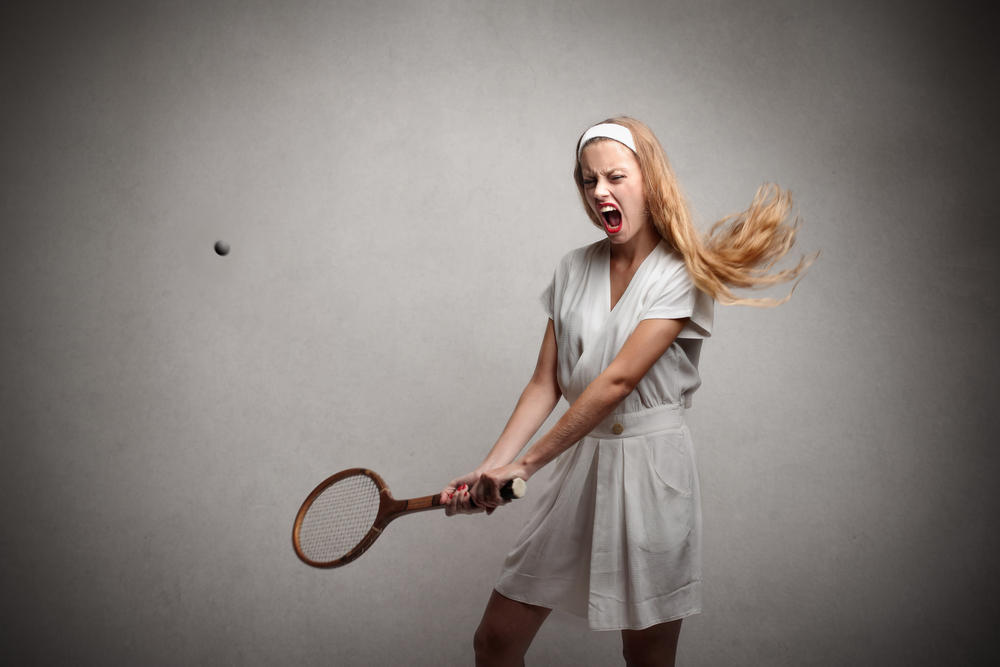 With Wimbledon on its way next month it’s very likely that we’re all getting a little bit excited about tennis again. The stakes are high at Wimbledon, being one of the biggest tournaments in world tennis, so it’s probably a safe bet to say it causes a bit of tension for all these world class athletes – and the more stress you put yourself under, the likelier it is that you’ll snap under the pressure.

Losing your cool isn’t just the trait of a hot-headed amateur, plenty of seasoned professionals have had their fair share of meltdowns in the past – even Roger Federer, who snapped his racket once upon a time in a rage, showed us that even the coolest cucumbers can sometimes have a bad day at the office.

If we’re being totally honest with each other, it makes the sport a little more exciting if someone loses their rag, we may deny it, but we all secretly love to watch a little bit of aggro every once in a while. Here are some of the most infamous tennis tantrums we’ve seen over the years.

John McEnroe, Wimbledon 1981
Playing against Tom Gullikson, renowned hot-head McEnroe had a shot that bounced on the line making the chalk fly up. When the umpire mistakenly called it out, he flew into one of his famously loud rants. This one is probably one of McEnroe’s more dialled down outbursts, but it has nonetheless gone down in tennis history for sheer quotability – “YOU CANNOT BE SERIOUS!”

Serena Williams, US Open 2009
Widely lauded as the greatest women’s tennis player of all time and rightly so, however, William’s certainly isn’t without her occasional outbursts. Her most famous one came in 2009 when a lineswoman pulled her up on a foot fault that lost her the match – the high tensions boiled over and she launched a swear-ridden tirade at the official and even threatened to ram the ball down her throat… definitely not her proudest moment.

Marcos Baghdatis, Australian Open 2012
Baghdatis managed to break FOUR racquets during his match with Stanislas Wawrinka – solidifying his reputation as ‘tennis bad boy’ or ‘idiotic child’ depending on who you ask. Smashing a racquet is more commonplace than you think in tennis, say if someone loses an important point and tensions are high – but when you’re sitting down for a break and manage to smash through four it might be time to go get some fresh air.

Andy Roddick, Australian Open 2008
Roddick probably lost himself a few fans with this explosive tirade, watch as he berates the umpire to the point of actual verbal abuse. He begins by asking the umpire are his ears connected to his head and it all goes downhill from there, the utter contempt in his tone when he said “I’m going to speak slowly so you understand” did really not do wonders for his PR.

Martina Hingis, French Open 1999
Hingis, otherwise known as the Swiss Miss, was on the brink of a massive upset against the current champion and legend Steffi Graf when the ball was called out – she invoked the wrath of the crowd who savagely booed her as she walked over to Graf’s side of the court to check if they ball had made a mark on the clay. She then proceeded to lose the point, her cool and finally, the match. In all fairness to Hingis, she was right and she deserved the point, but life is cruel sometimes…

There we have it, five of the best meltdowns the history of tennis has ever seen. Tennis equipment in this day and age must be built to sustain a beating. If you’ve got any more you think should make our list then please comment!