When Eliza was born she was swaddled in the hospital. I watched the midwives do it in fascination – they managed to get this wriggly little person all bundled up within seconds, and she slept soundly. When we came home, I tried to replicate it, but I was nowhere near as efficient and she always managed to escape. The muslins I was using were not really big enough and within seconds she would have both arms and a leg out. So when Babba Bambu offered to send us one of their large muslin swaddles I thought it was worth a try!

The Bubba Bambu muslin swaddle is made from 100% bamboo, making it light and breathable as well as luxuriously soft. It isn’t at all like your traditional cotton muslins which turn a bit rough and scratchy after a few washes – this one remains soft and supple. It arrived on the day we were trying out our new Graco travel cot, and so the first use it had was as a comfortable bed sheet for Eliza to lie on – much softer than a cot sheet. 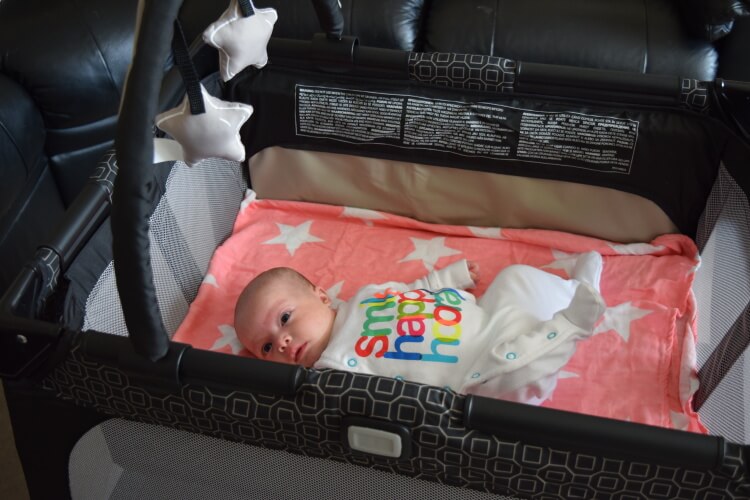 It wasn’t long before Eliza started to look a bit sleepy, so I decided to try the swaddle. The Bubba Bambu muslin is HUGE, and will easily swaddle her for several more month, as well as being big enough to use as a blanket, cot sheet and feeding cover. I found it a lot easier to swaddle Eliza with the extra material, and it wasn’t long at all before she was all bundled up and ready for sleep. She seemed more than happy to be swaddles. 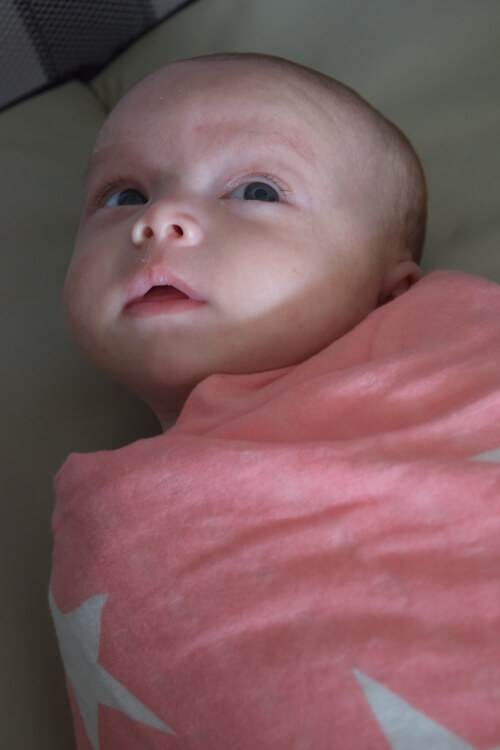 She does like to have a hand out so she can suck her fingers, and I found it easy enough to swaddle her in this way too – she was still wrapped up securely even with one arm free. There was a fair bit of wriggling as she settled to sleep, but the swaddle blanket remained in place throughout.

The Bubba Bambu muslin swaddle comes in a beautiful presentation box, and comes in the pink with white stars, or in a white with green stars colourway – I think either would make a very special baby shower or new baby gift.

Have you ever swaddled your baby?