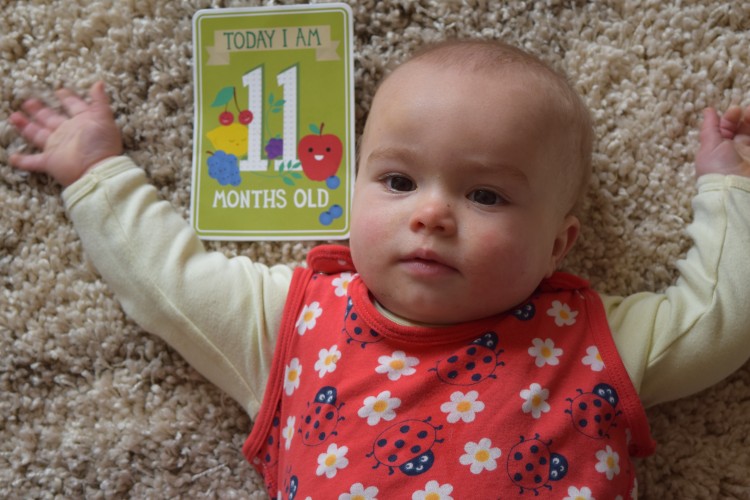 I can’t actually believe Eliza is 11 months old. This time next month I will be posting a 1 year update! A year! How is that possible? I can still remember the day we brought her home from hospital, and it seems like it was just yesterday.

Weight: Not a clue. She was weighed at her 9 month check up and was 19lb 4oz. If she has stayed on the 50th centile, which she has done for a good while now, I guess she would probably weigh between 20 and 21lbs now.

Feeding: No problems in this department! Eliza loves her food, and eats pretty much whatever we do. Breakfast is weetabix or porridge with a banana. Lunch is something like a ham and cheese sandwich with carrot and cucumber sticks and a yogurt. Dinner would be the family meal – anything from a roast dinner to spaghetti bolognese. She tried some fish with a sweet potato mash recently, and that went down really well. Snacks can be anything from fruit to egg and broccoli muffins. She’s not a big milk drinker – she has a bottle of HiPP Goodnight Milk before bed but that’s it. We are going to move her over to cows milk very shortly, and see how she does with that.

Sleep: Again, I have no complaints here. She sleeps well. Bedtime is around 7pm, and she usually sleeps through until 6.30/7am. There have been a couple of occasions lately where she has woken in the night, but I think this was due to some new teeth popping through – she has 4 now! She seems to have cut out one daytime nap, and will generally have a sleep after lunch for a couple of hours.

Likes and dislikes: There isn’t much this girl doesn’t like, apart from being put in the car seat, or anything with straps. She hates being restricted, and will try anything to get her arms out! She also really hates wearing a hat – I have tried everything to get her to keep it on her head – anyone got any tips?! 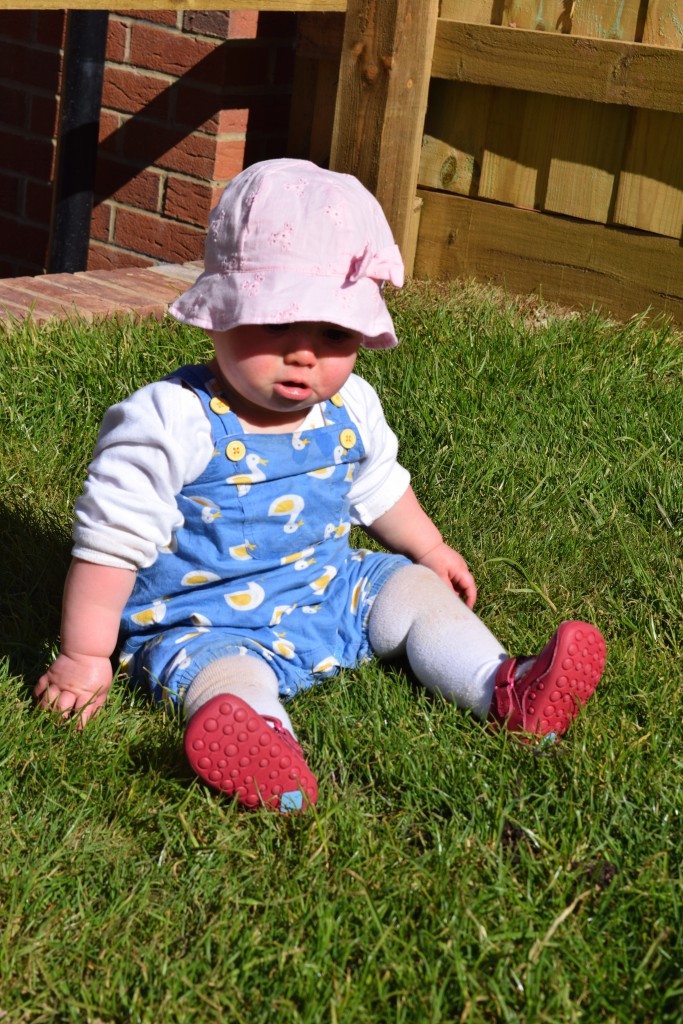 She loves being outside, and will spend a lot of the day crawling to the back door and banging on it, asking to be let out. She loves water, and can often be found splashing in the dog bowl. She really enjoys playing with the older children, and wants to be wherever they are, and loves their toys much more than her own! 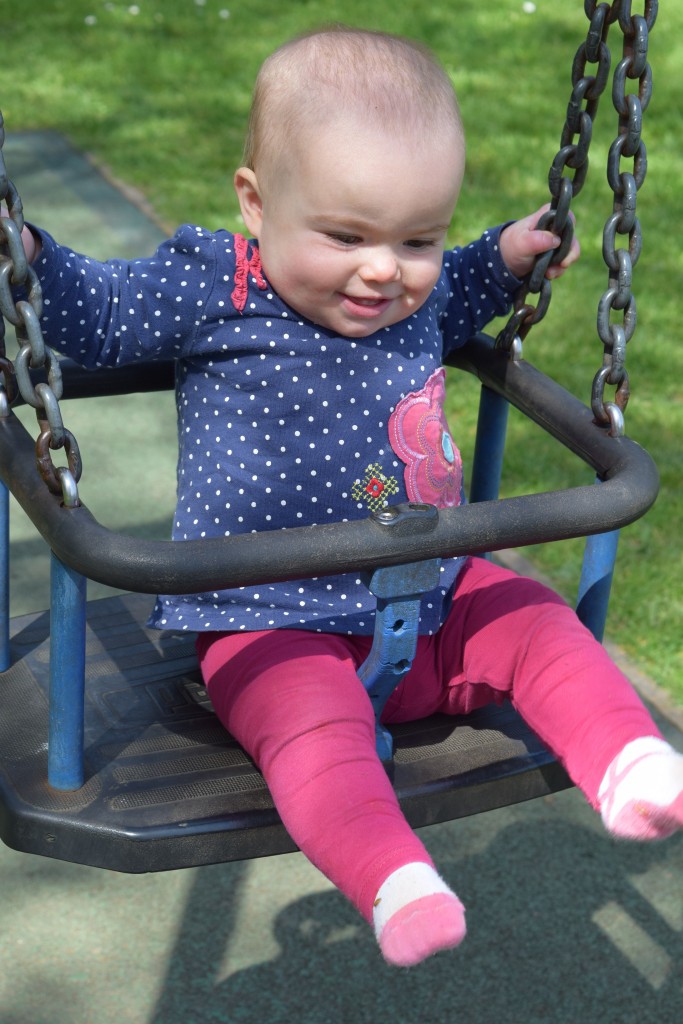 Firsts: As I mentioned above, we have a couple more teeth now – she cut her first top teeth a couple of weeks ago. She has been trying to stand alone this month too, and really isn’t far off. This month also saw one of my favourite milestones – we had the word ‘Mama’ for the first time! 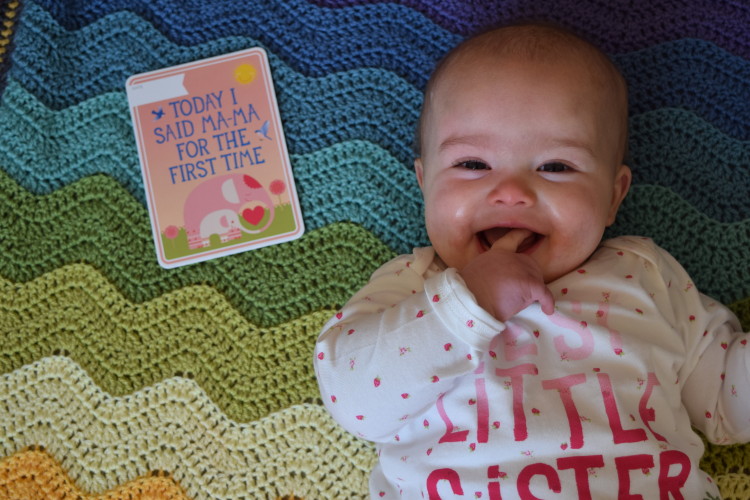 She’s developing a real personality now – and I can see a definite cheeky side coming out. I think there’s going to be a lot of mischief in this one, but we wouldn’t have it any other way. I can’t wait to watch her grow, learn and change. I will be back next month with an update on my baby girl turning 1. I don’t quite know how to feel about that….