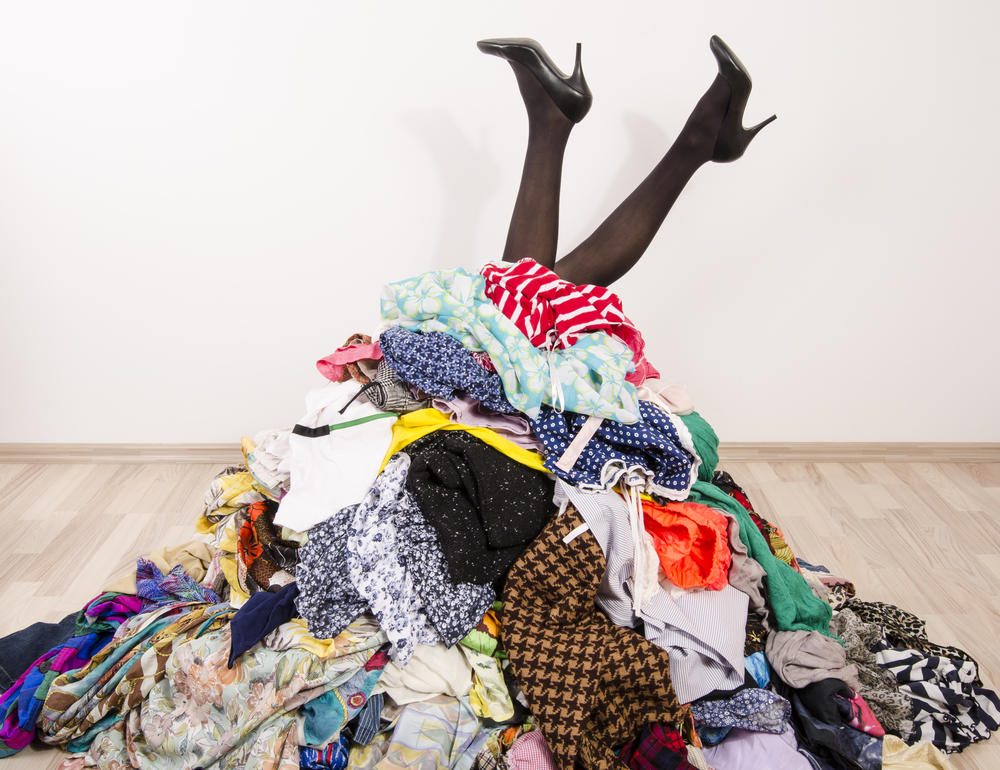 With only a few sleeps left until the big Christmas holiday, at the back of your mind you might be considering where you are going to house all these new gifts, especially if you’ve got younger children, the number of toys they own seems to double every year! If you’re already worried about opening certain cupboards for fear of being buried under spare parts, “just-in-case” bits and toys that will likely never see the light of day again, it’s probably time to have a bit of a clear out and go clutter free as we move into the new year.

Starting at the Wardrobes

If you open your wardrobe now, can you identify all the clothes you didn’t wear this year or last? If so, consider boxing these up to be donated to a charity shop or to be sold at a car boot sale once spring rolls around. If you are struggling to tell which clothing you wore out and about during the year, next year ensure all the hangers face one direction and then as you take things out and hang them back up, you can tag the hanger or simply put it in the reverse way. At the end of next year, you can tell with confidence that anything on a hanger facing the original direction wasn’t worn and is probably taking up prime real estate that you could be using for new outfits!

Does your home have a cupboard solely for “spare bedding” for when guests stay over, or the kids have friends over on a sleepover? Have you looked at everything that’s in there recently? Have a real good look. You might be surprised at what you’ve collected over the years, more bedding than you have beds (spare or in use), pillow cases that have been sneakily multiplying behind closed doors and there’s always one lone pillow case that doesn’t belong to a set. While things like duvets and pillows aren’t that popular second hand, duvet covers, sheets and pillow case sets can be given a good hot wash and donated out to needy causes or thrown away if you aren’t sure of their origin.

This is a fantastic idea for children who have more toys than they know what to do with and have a tendency to pull everything out for a play session. Take a selection of toys and put them out the way and out of reach, then every few months, rotate the toys they currently play with to the ones that have been put away. Not only will children have a renewed interest in the “new” toys they get to play with but there might be things they realise they don’t want to play with anymore. If you want to start a toy rotation system but are already lacking the space to put stuff out the way and out of mind, consider getting your kids together to donate some old toys they no longer like or play with to those in need. Involving your age-appropriate children in the donation process is good for teaching them lessons on those who don’t have much and encourages them not to be materialistic. If your child is keen on helping others by giving away their toys, they might even like to sell their old toys and donate to charity or sponsor an orphan or another less fortunate child.

Down with Junk Drawers

Once called the “man’s drawer” by comedian Michael McIntyre, every household is guilty of a junk drawer or two, but these just create the feeling of clutter even when it’s closed and out the way. Clear out the drawers and give everything a dedicated home, you can still use the drawer for storage! But put an end to simply chucking things in there for the sake of “I’ll get to it later”, as this often just adds to the growing to-do lists and quickly gets forgotten.

Have you considered cutting the clutter this year? Why not get ahead and spend some time this weekend getting it done before your house fills with more bits over the festive break!